Built ca. 1880. The building that stood at this location at 236 G Street was built by Joseph Russ, a local landowner, rancher, and politician.

Russ was born in Lincoln County, Maine in 1825 and spent his childhood and adolescence on the East Coast. When news of the discovery of gold in California reached Russ, he decided to try his fortune out West and arrived in San Francisco in March of 1850 at the age of 25. Although he did try his hand at mining along the way, Russ made his fortune by capitalizing on the needs of other miners and pioneers. Before reaching Humboldt County, Russ traveled through other areas of northern California including El Dorado and Amador counties, working at a steam sawmill, developing infrastructure projects, and selling hay and cattle.

In 1852 Russ drove a herd of cattle north to Humboldt and the very next year decided to open a meat market in Eureka with his partner Berry Adams. A second iteration of this market opened in 1859, and stood at this site at 236 G Street. The property at 236 G was known as the Russ Meat Market for many years, although it has undergone several reinventions in later years. Above the market was an open floor space used as a hall for hire for dances, lectures, and parties. In 1962, Bob Maxon opened Globe Imports in the building, which became a well-loved imports store selling goods from around the world.

In later years the building house Video Experience and later Redwood Meats, a nod to the site’s original use an downer. In 2007, the structure burned to the ground and the lot stands empty for now, waiting for its next re-invention. 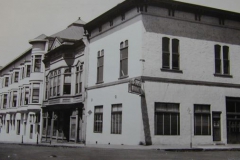 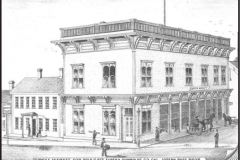 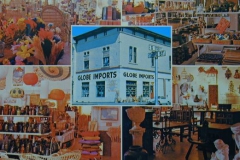 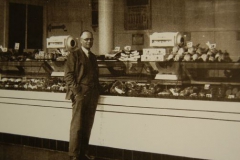 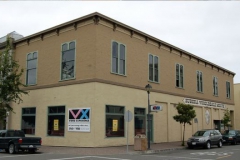