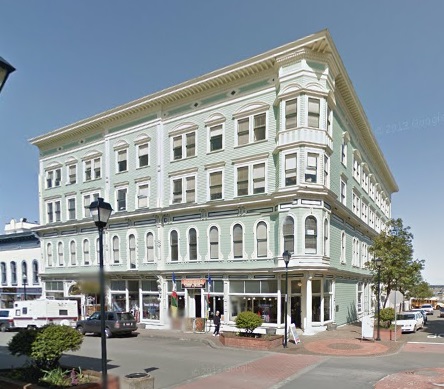 Built in 1872 for John Vance, a prominent Eureka pioneer and businessman. In addition to the hotel, Vance built a pair of two-story Italianate strucutres, both with detailing similar to the hotel’s. The structre at 521 Second Street was erected in 1872 still stands in excellent condition. The other, at 511 Second Street, was replaced in 1930 by a one-story Mission Revival garage.

The Vance Hotel at 525 Second Street was originally constructed in the second empire style and featured a mansarded third story and a prominent octagonal cupola. These elements were replaced in 1902 by a two-story addition that gave the building a more classical appearance. Wood siding scored to resemble stone (known as “quoin-ing”) is the main building material. The original bracketed cornices are in good condition and some of the original storefornt configurations remain intact.

Windows on the second floor are arched, single and paired double-hung sash set in elaborately molded frames. In the new addition, the basic organization of the lower floor is repeated, although in a more restrained classical style. Wall surfaces are covered with thin shiplap siding. Windows are generally paired, one-over-one double hung sash and have highly articulated hood moldings. On the fourth floor these moldings consist of curved pediments with a sunburst design. The large cornice above is decorated with panels, dentils, and consoles. 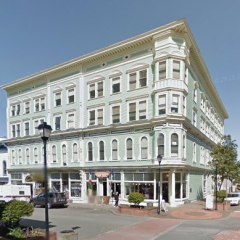 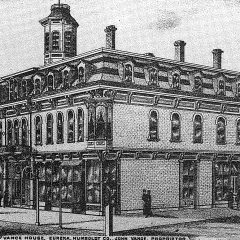 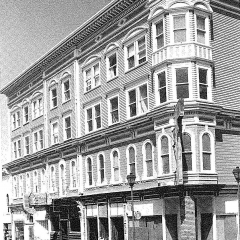 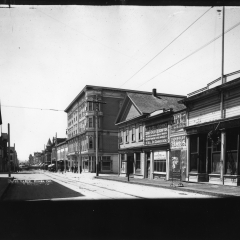 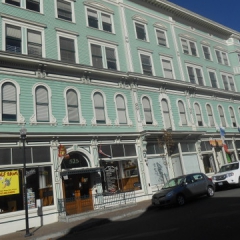 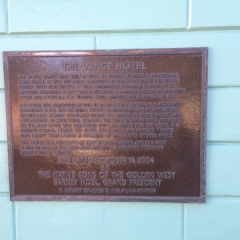