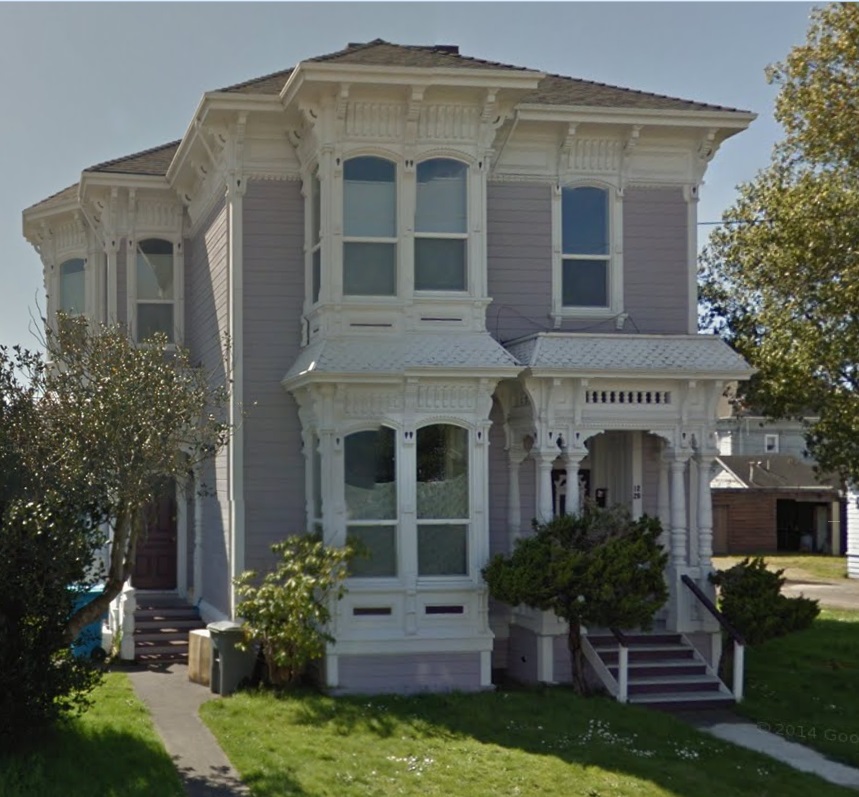 Built in 1889. This lovely home was built for James Brown and his wife Minnie. Mr. Brown was a Supervisor and Sheriff. His last action in office was the This two-story home is a curious blend of Stick, Eastlake, and Italiante styles. The round-headed windows and porch supports are Italiante, the square and slanted bays Eastlake. The home was later converted into apartments.

The home features stick style composition, hip roof plain boxed cornice with carved brackets with frieze arched windows, fish scale shingles over windows, straight bays, ( a combination of italinate and stick) – side bay, original front door, pillared entrance, slanted side south bay. “The design is at once dignified and exuberant” The progression of the construction of the home was followed by the Daily Humboldt Times and was anticipated to be an “imposing looking” building. The property is said to have stayed within the Brown family until 1921 when it was purchased by the Rotermund family, who owned it until 1971.