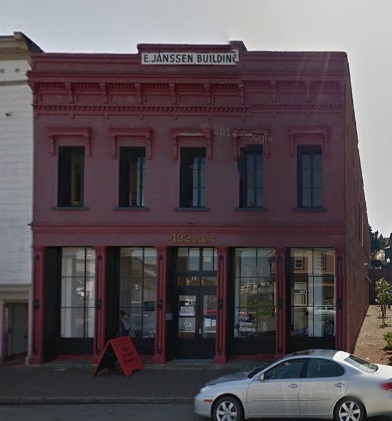 Built 1875. A nice red two-story brick Italianate building with cast iron pillars at the front with cast marks reading “City Iron Works, San Fransisco, 1875”. Sometime entire fronts of buildings were constructed of iron to combat the fires that occasionally ravaged cities in the 19th century. If you look carefully you can see where the iron shutters were attached in the alcoves. Corniced label moldings are located above each of the five second-floor windows. The cornice is not highly textured, but complements the window moldings. It was used as the hardware store of Captain H.H. Buhne (the first American over the Humboldt Bar into the Bay) for many years. Inside the building you can still observe the balcony that allowed the salesmen access to upper-level storage. Eureka’s first elevator was to the back of the building. Once used as the Humboldt Cultural Center, the building now houses the First Street Gallery and is listed on the National Register of Historic Places. 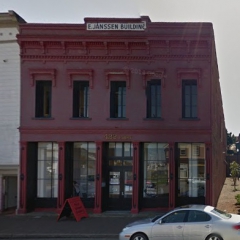 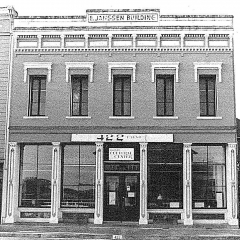 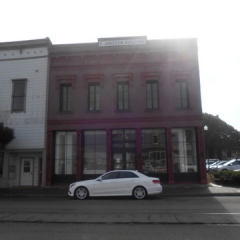 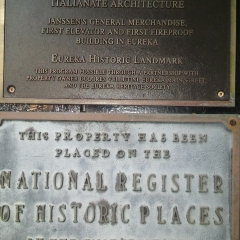