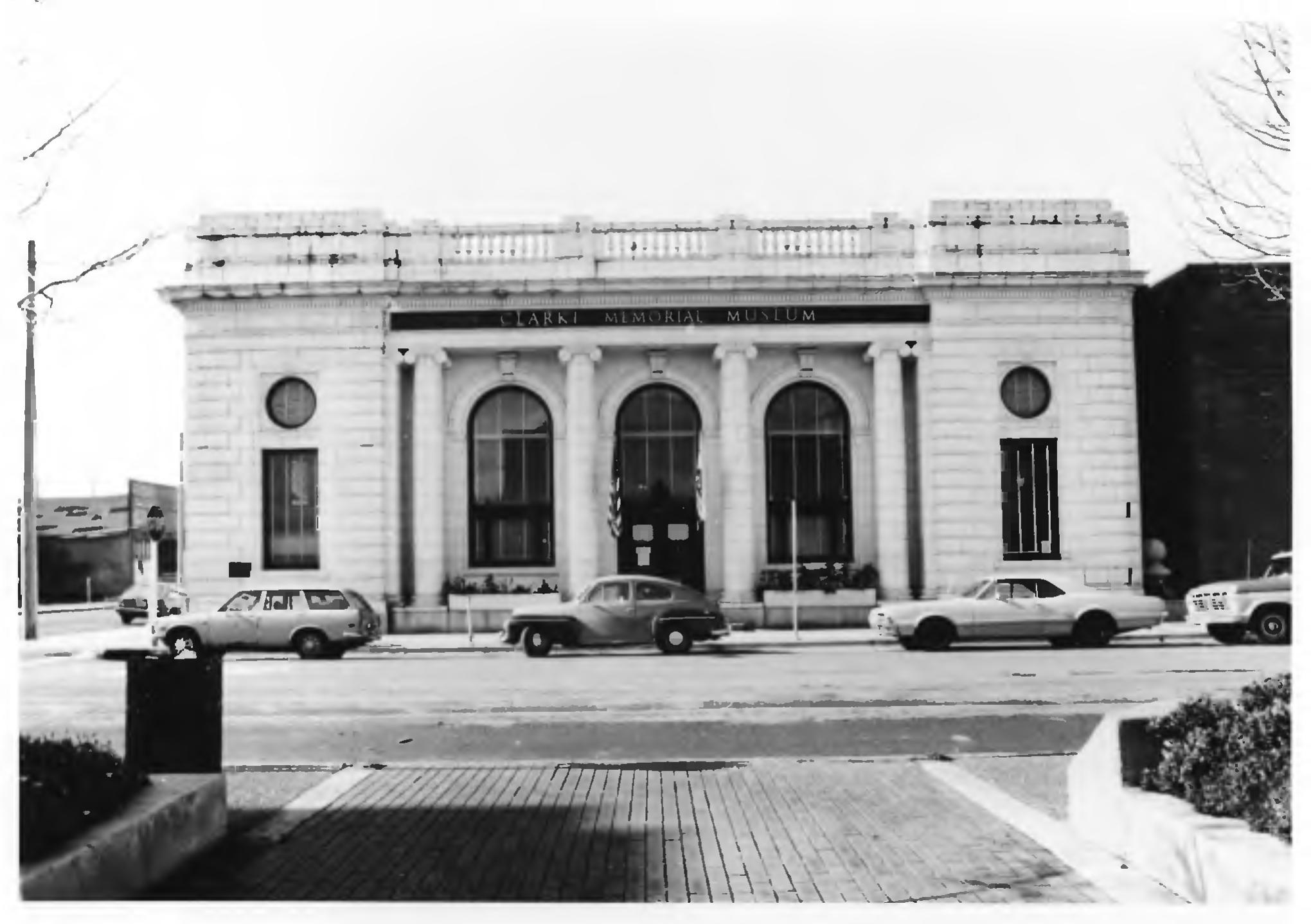 Built in 1911. This structure is listed on the National Register of Historic Places, used to be the site of the Bank of Eureka, and now houses the Clarke Historical Museum. This structure was designed by noted San Francisco architect Albert Pissis, a graduate of the Ecole des Beaux Arts in Paris. The bank building is a Classical Revival or Neoclassical structure, notable for the unusual exterior, which is covered in glazed architectural terra-cotta over brick. It is the most significant structure covered in this material north of San Francisco. Quoined pavilions flank the recessed portico supported by ionic columns and an extensive balustraded parapet appears above the cornice. Upon its completion in 1911, The Humboldt Times waxed enthusiastic over this building, claiming it to be “undoubtedly the most magnificent modern banking building to be found in all of Northern California.” 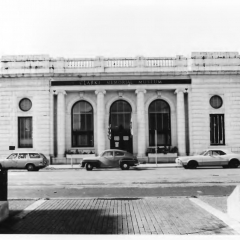 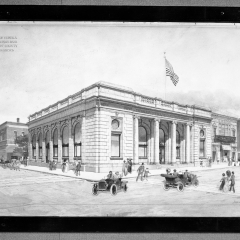 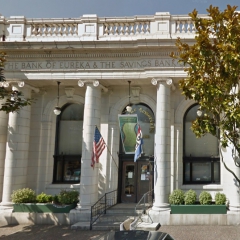 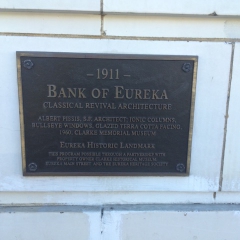