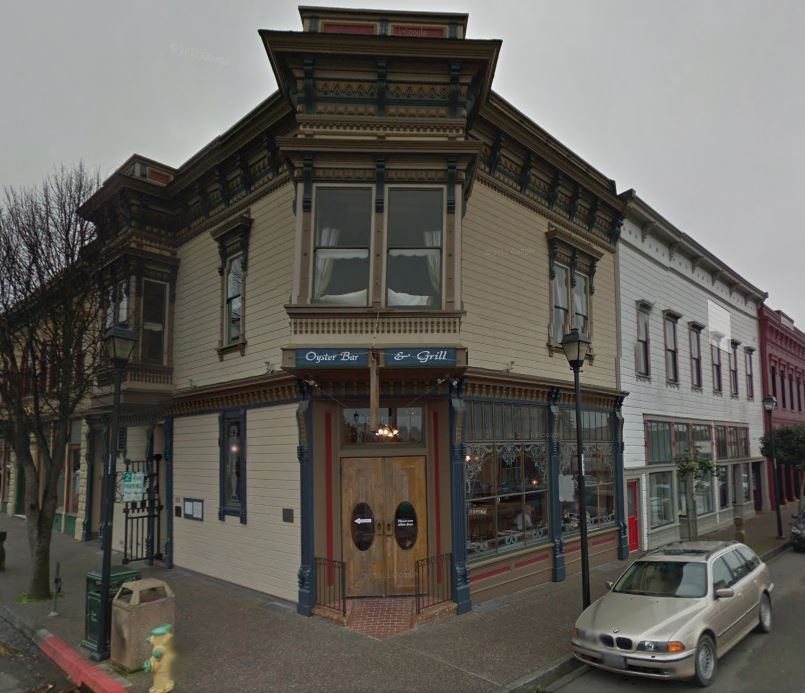 Built 1892. This two-story frame Stick/Eastlake commercial building was constructed entirely of local redwood and features a projecting second-floor corner and side bay windows. The brackets on the corner of the entry are reminiscent of the Carson Mansion. This site was originally constructed as The Humboldt House in 1853, a leading Eureka Hotel. After the Hotel fell into disrepair in the 1890’s it was demolished and the current structure was erected, this time as the Wave Saloon, a rowdy gathering place for loggers, sailors, and stevedores. The upstairs of the building was used as a house of prostitution at the time. In the 1920’s the Saloon became a bootlegging establishment, and was renamed the Golden State Cafe after Prohibition. After World War Two the building fell into disrepair and it wasn’t until 1973 that the structure was restored using Federal Urban Renewal funding. This property is on the National Register of Historic Places. 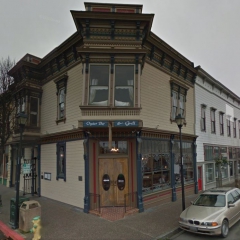 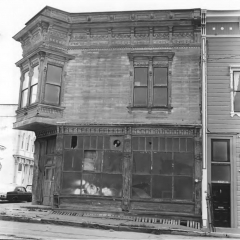 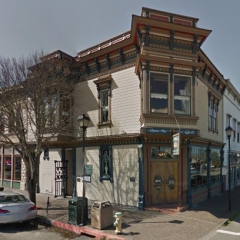 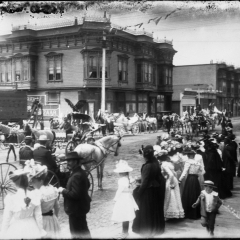 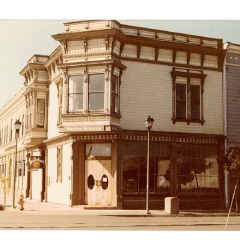 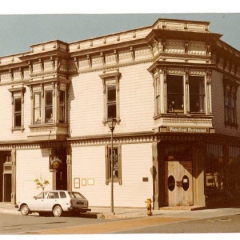 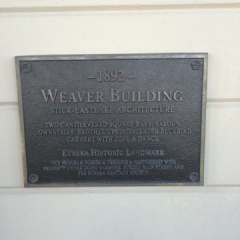 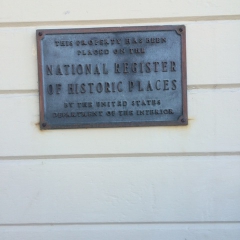