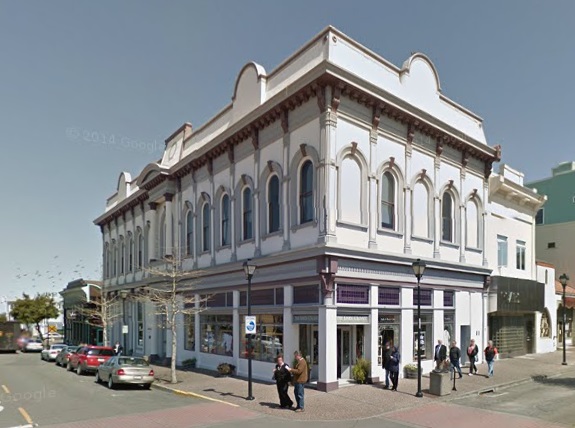 Built 1882 by James Simpson and designed by James Dawson. This building historically served as the Independent Order of Odd Fellow’s Hall (often referred to as the IOOF Building). Coming to California within a decade of its introduction on the East Coast, this style is noted for its mansard roofs and wedding cake looks. This structure is a good example of a Second Empire commercial building. You can see the mansard roof with ornate railing and the layered effect is achieved with the different style columns on each level. The principal doorway was on F street and was flanked by columns. The ground floor corner was remodeled with stucco and new windows in 1977.