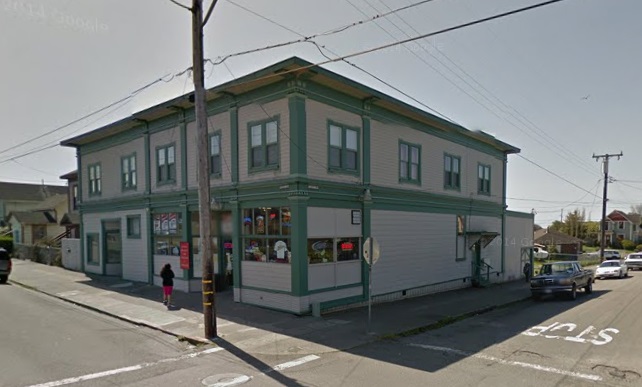 Now called Comer’s grocery, this site was also known as McDonald’s grocery, and the sign for McDonald’s could be seen through the 80’s, well after it had come under new ownership. This corner was likely a trolley stop in the early part of the 20th century. This commerical structure has large pilasters at the corners and side with a few visible dentils. Note the old street signs still remaining at the corners of the building reading Hawthorne and California streets.