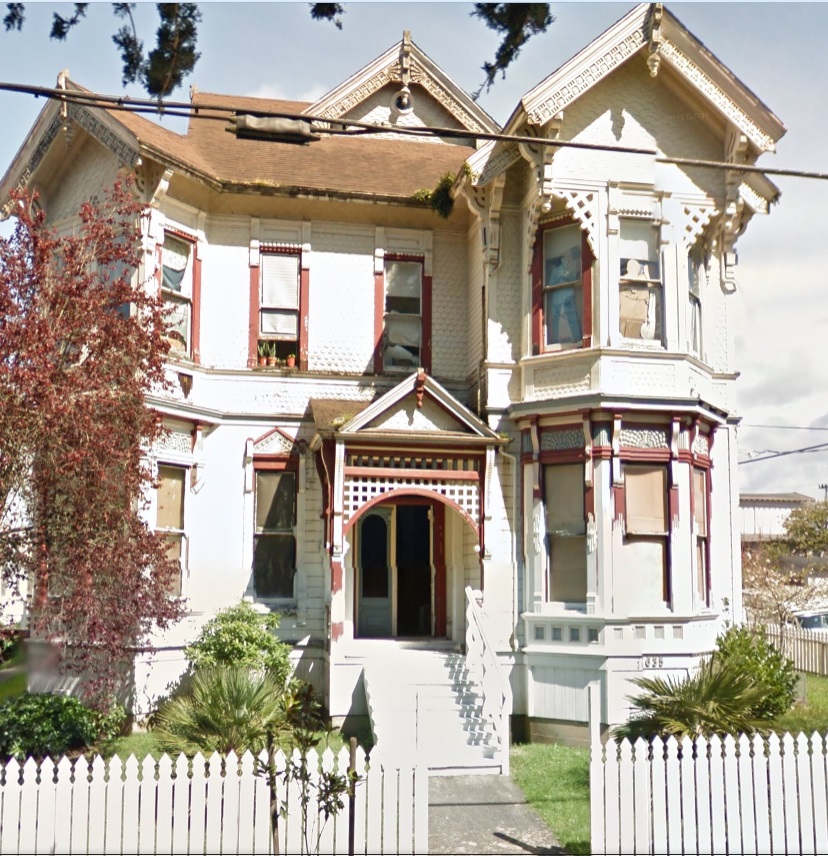 Built ca. 1889. This house was formerly located at 2109 E Street and was moved to this location on January 5th, 1983 in order to make room for a church parking lot. One of the most spectacular Queen Anne/ Eastlake residences in Eureka, it is commonly thought that the residence was originally a gift from Thomas Walsh, a mayor of Eureka, to his daughter Olivia. In actuality, the house was built after Walsh’s death, but was constructed using the resources Olivia inherited. According to local historian Bob Libershal, after her father’s death, Olivia inherited five thousand dollars cash, a one fifth interest in her father’s personal property, and a one fifth share in real estate holdings in Eureka as well as San Francisco and Los Angeles.

The house itself is sheathed in shiplap and various shingle patterns, the facade is enlivened by two-story bay projections, one attached at a forty-five degree angle. Decorative highlights include paneled bargeboards on the gable ends, pierced shelf brackets, heavily carved window moldings, and a particularly fine porch arches. Massive corner brackets below the eaves are also a notable feature of this excellently preserved house.

(Credit: “Eureka: An Architectural View” and a verbal report by Bob Liebershal to the Historic Preservation Commission in April 2017)