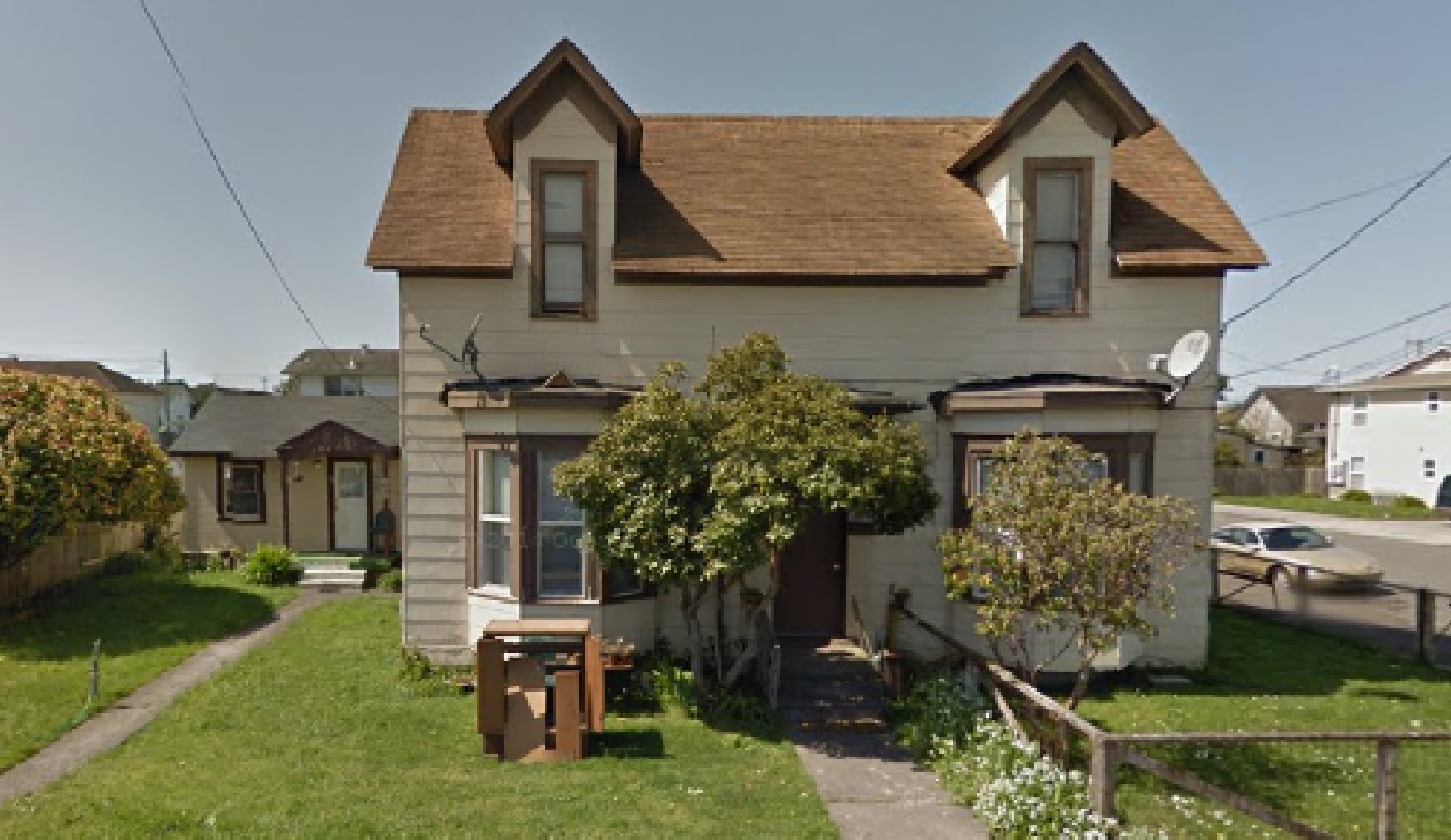 This is an interesting example of an “I” house with mixed heritage. The original portion of the house is in an Italianate style showcased by the tall windows and heavy brackets supporting the porch canopy. The dormers, bays, and side window were added at a later date. Asbestos shingles were added to the facade and later removed. The structure also appears to have been repositioned on the lot.