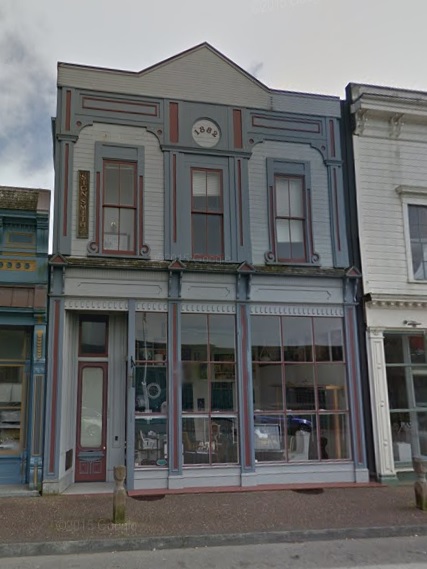 Built in 1881. This two-story frame commercial building was originally owned by Fred Axe and was the Post Office for Eureka until 1909. The rear two thirds of the building was removed during renovations in the early 21st century to make room for required parking in the rear. It originally extended to the alley in the rear but the street facing facade has remained intact.