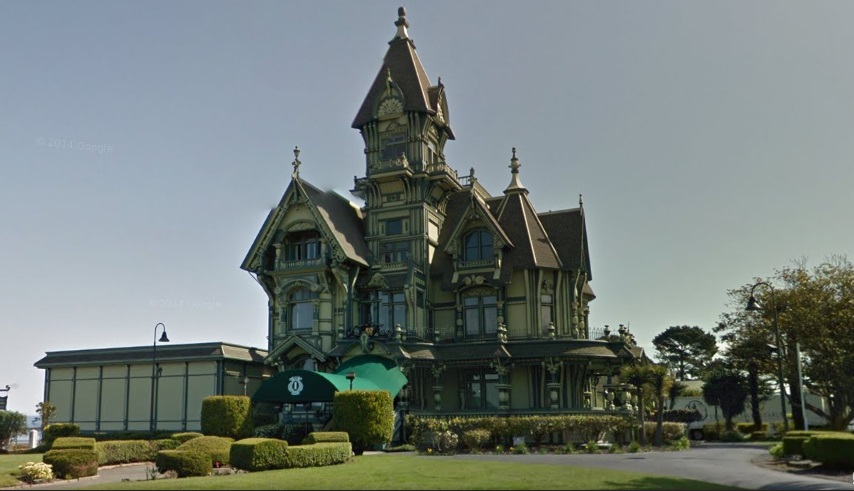 Built 1884-1886, and designed by San Francisco architects Samuel and Joseph Newsom for William and Sarah Carson. The Carson Mansion was owned by the descendants of William Carson until 1950, when it was sold to the Ingomar Club. One of the most photographed and written-about houses in California, the Carson Mansion epitomizes the range of possibilities for eclectic design expression that created a peculiarly American style of architecture. Derived from many sources but unique enough to represent none predominantly, this much-discussed property stands today in virtually the same condition as when it was first constructed. The designers, Samuel and Joseph Newsom, were well-respected San Francisco architects who heartily embraced the concept of the “picturesque”, a quality that continues to fascinate all who see the mansion’s intricately composed interior and exterior.

Prominently sited overlooking the bay and Carson’s historic mill site, the extensive grounds provide a pedestal for the structure. Eye-catching and shadow=producing surfaces showcase the use of wood-this three dimensional “pattern book” took one hundred men over two years to construct. Its influence on the design of subsequent buildings in Eureka is readily apparent even today. In addition to the abundant use of the redwood, Carson imported 97,000 feet of primavera (also known as “white mahogany”) from Central America, along with other woods from the Philippines, India, and Mexico. The elaborate interiors include exported stained glass, plaster work, and carved ornament in exotic woods. 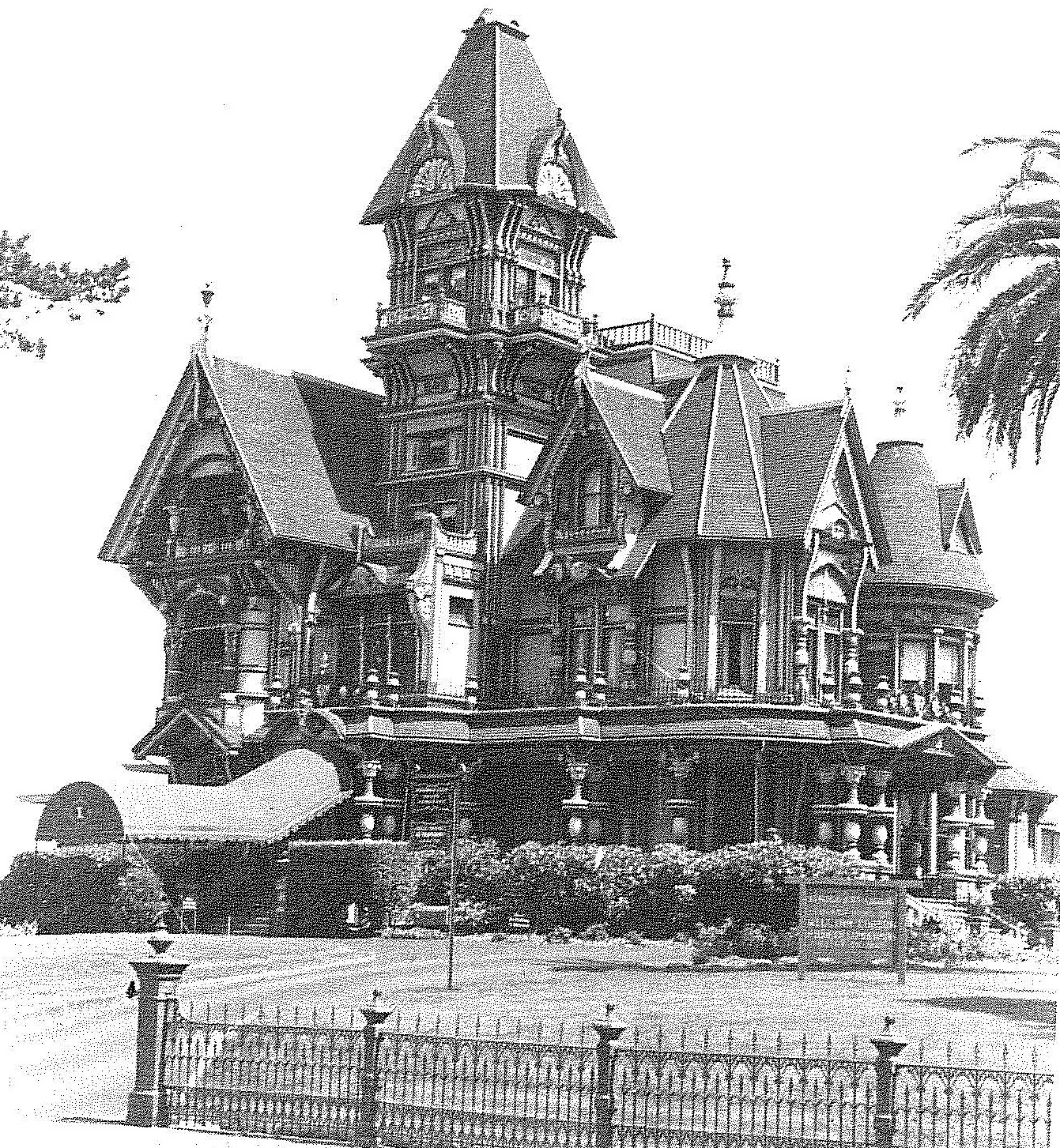 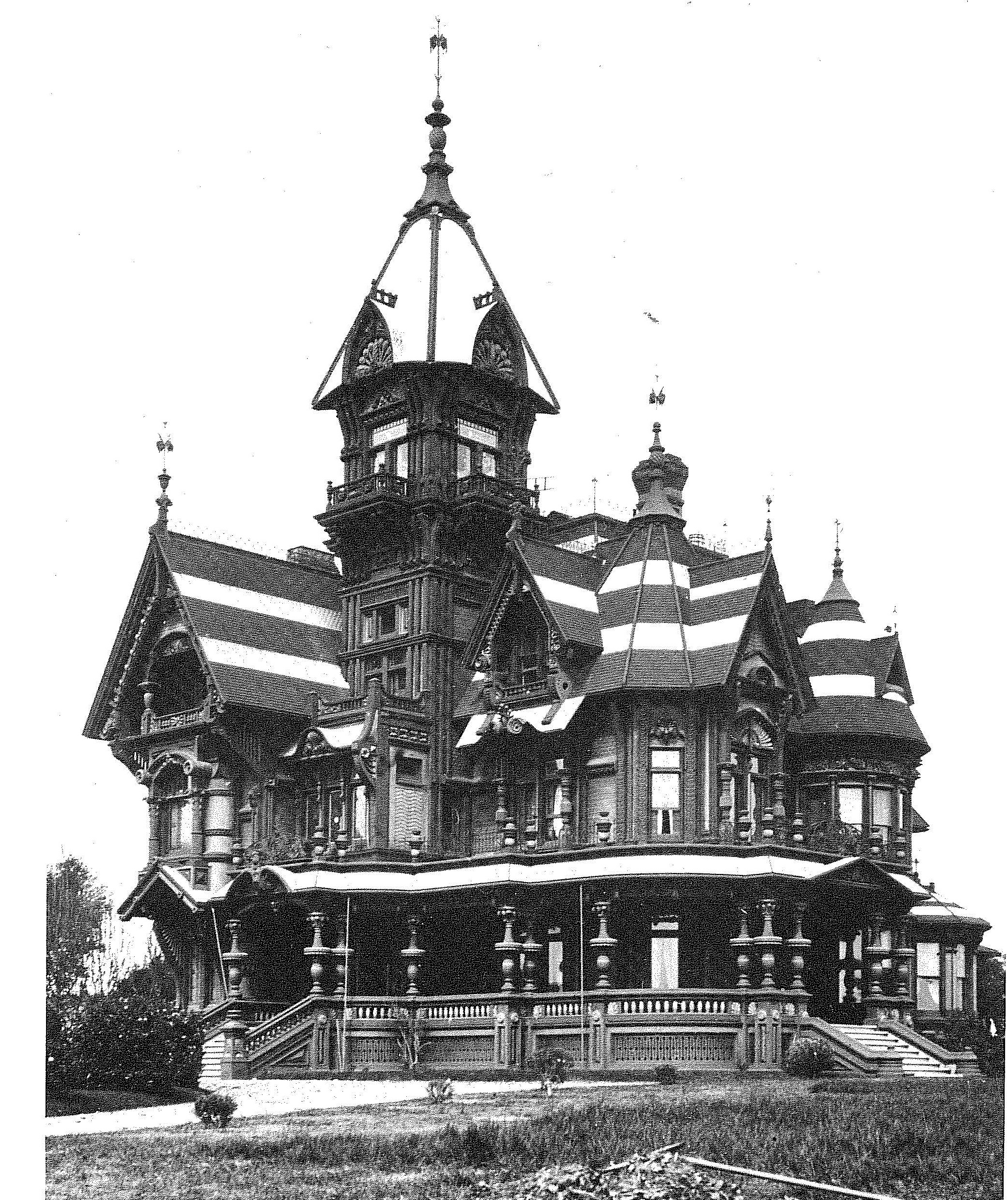 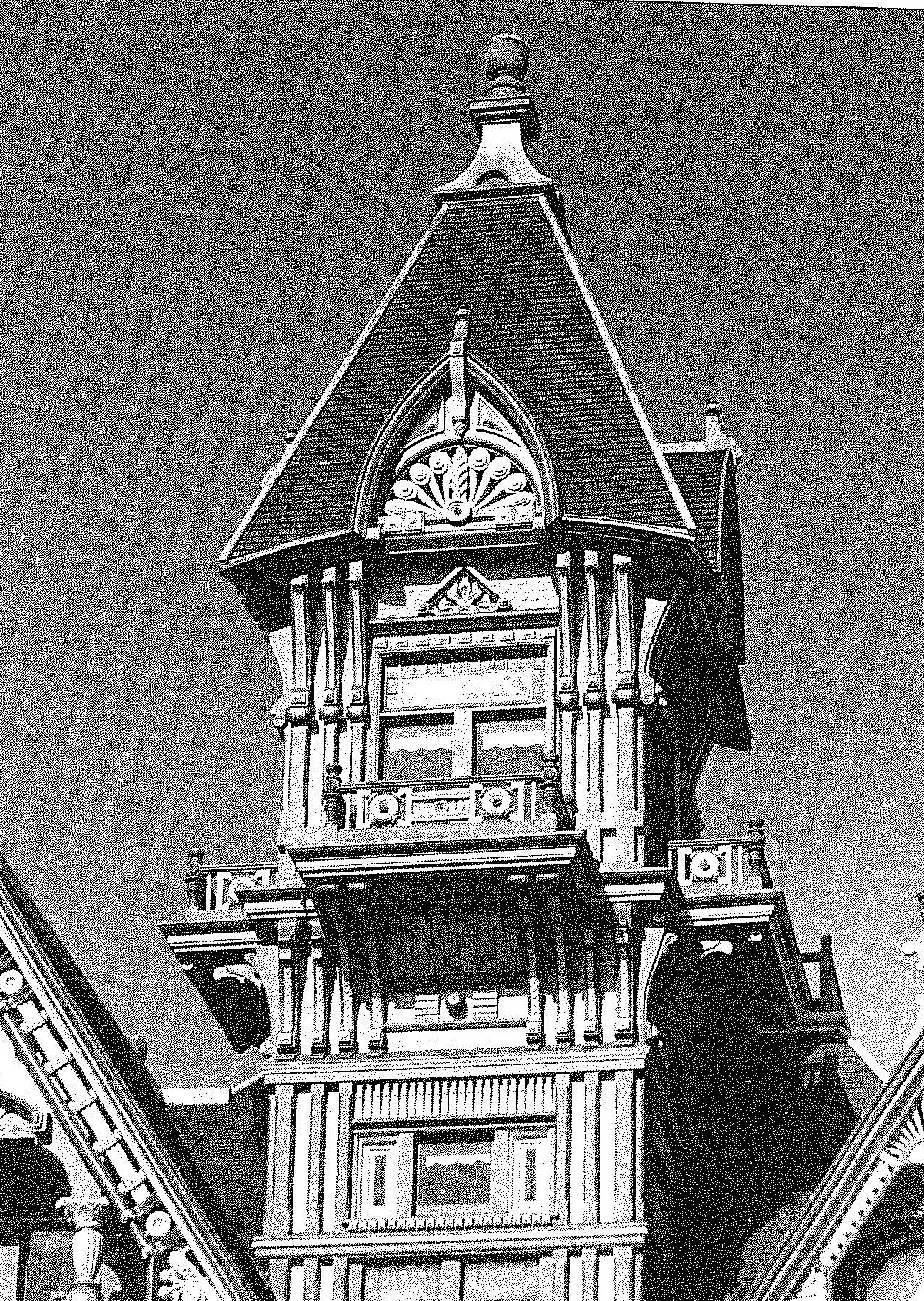 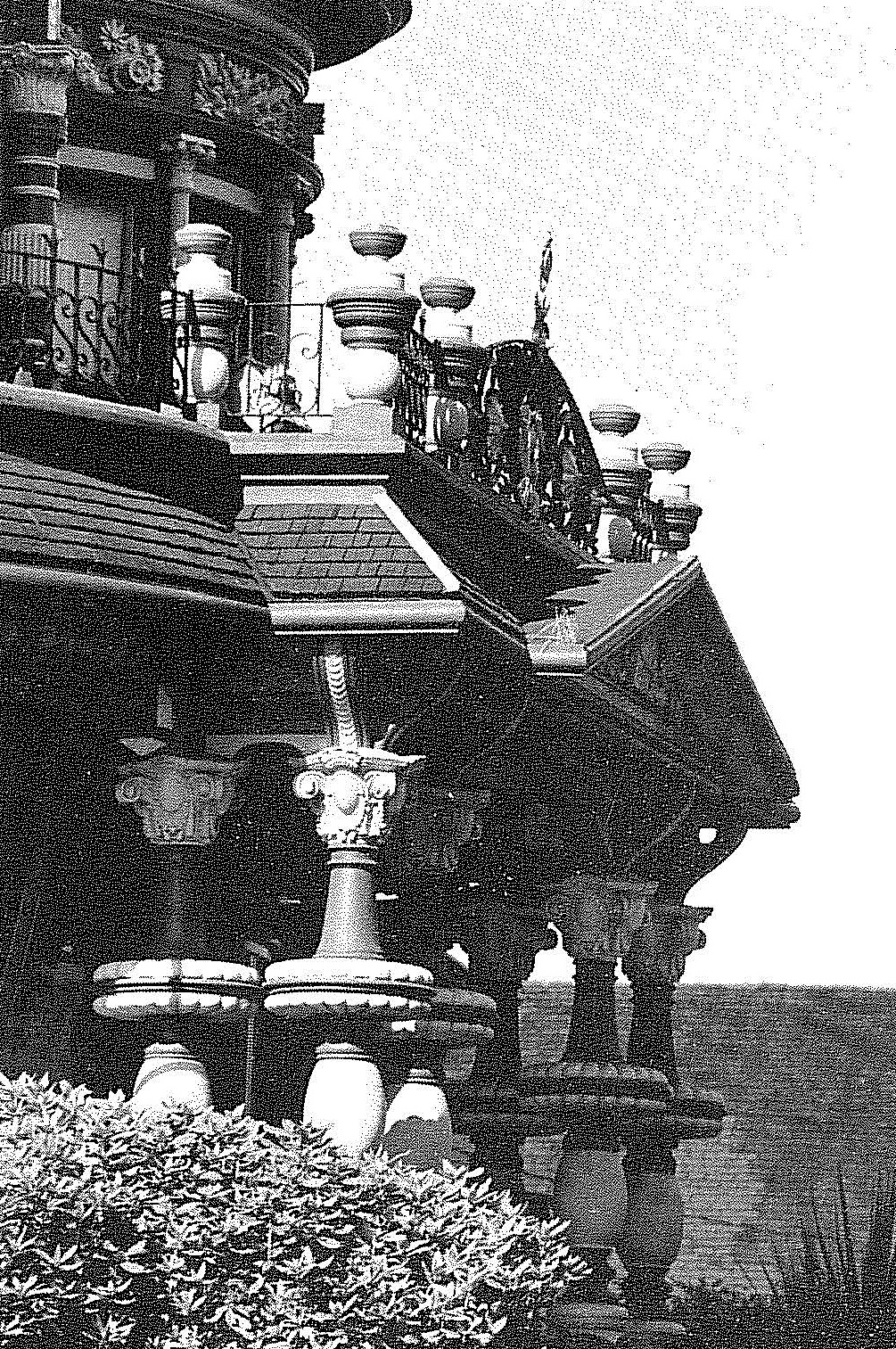 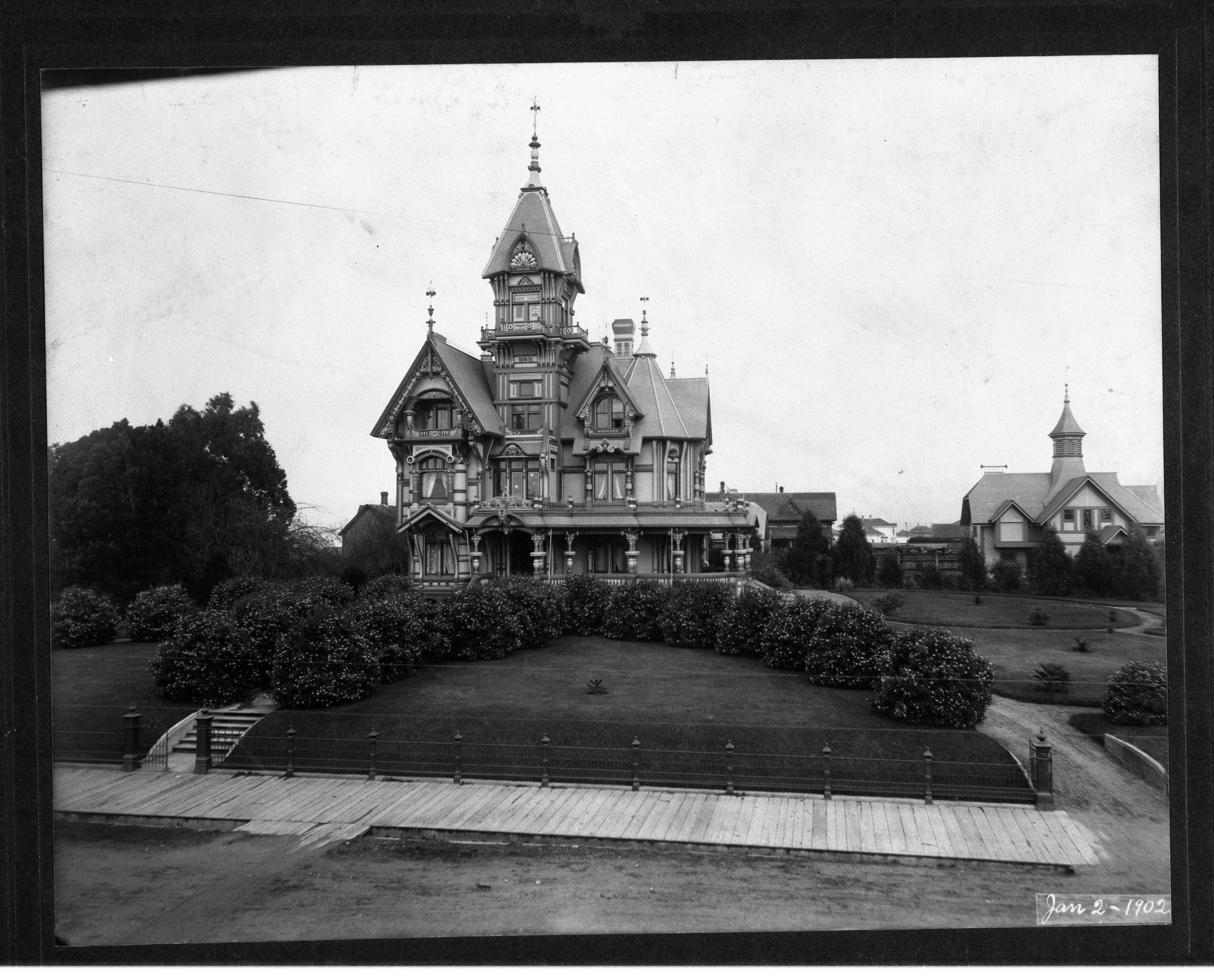 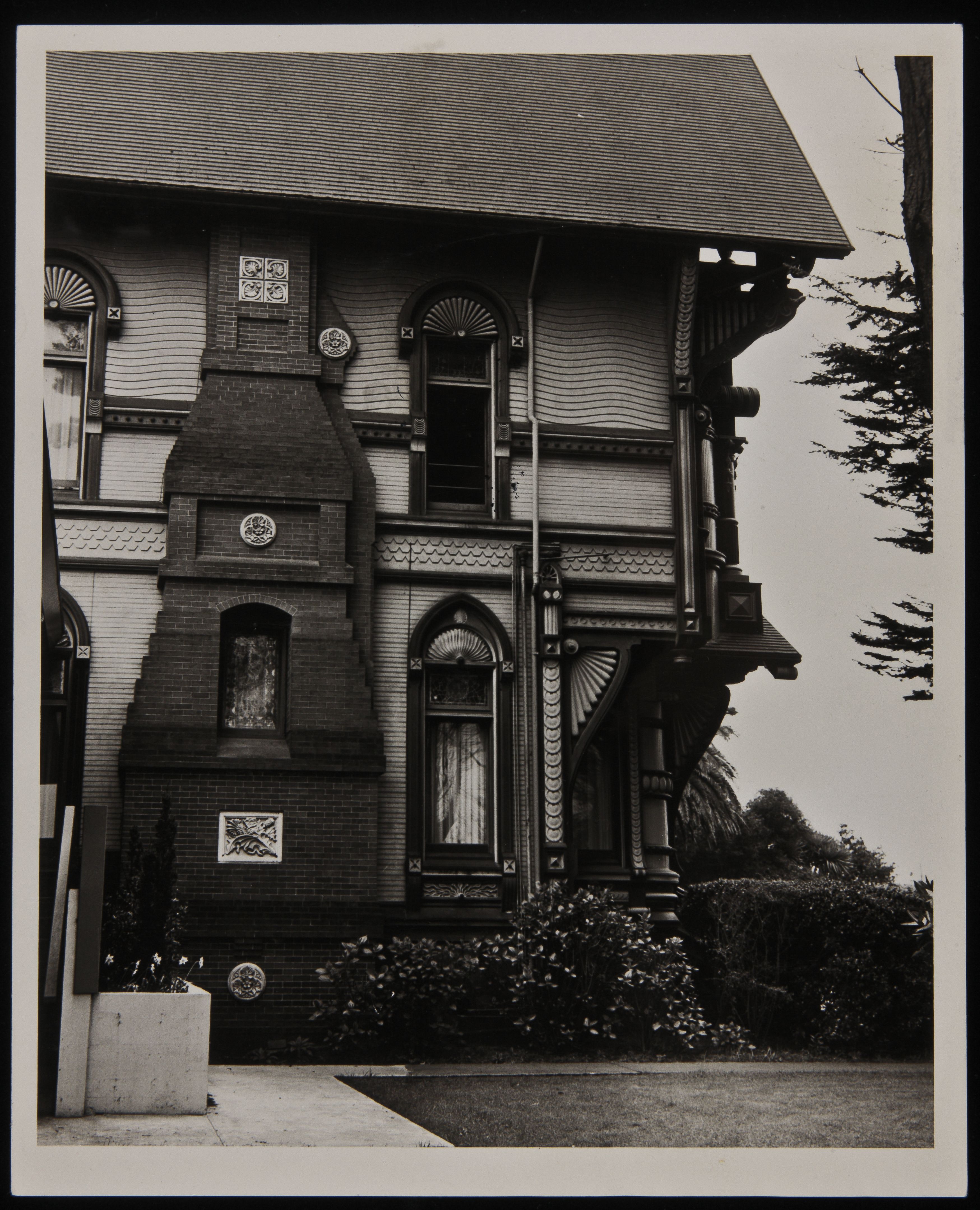 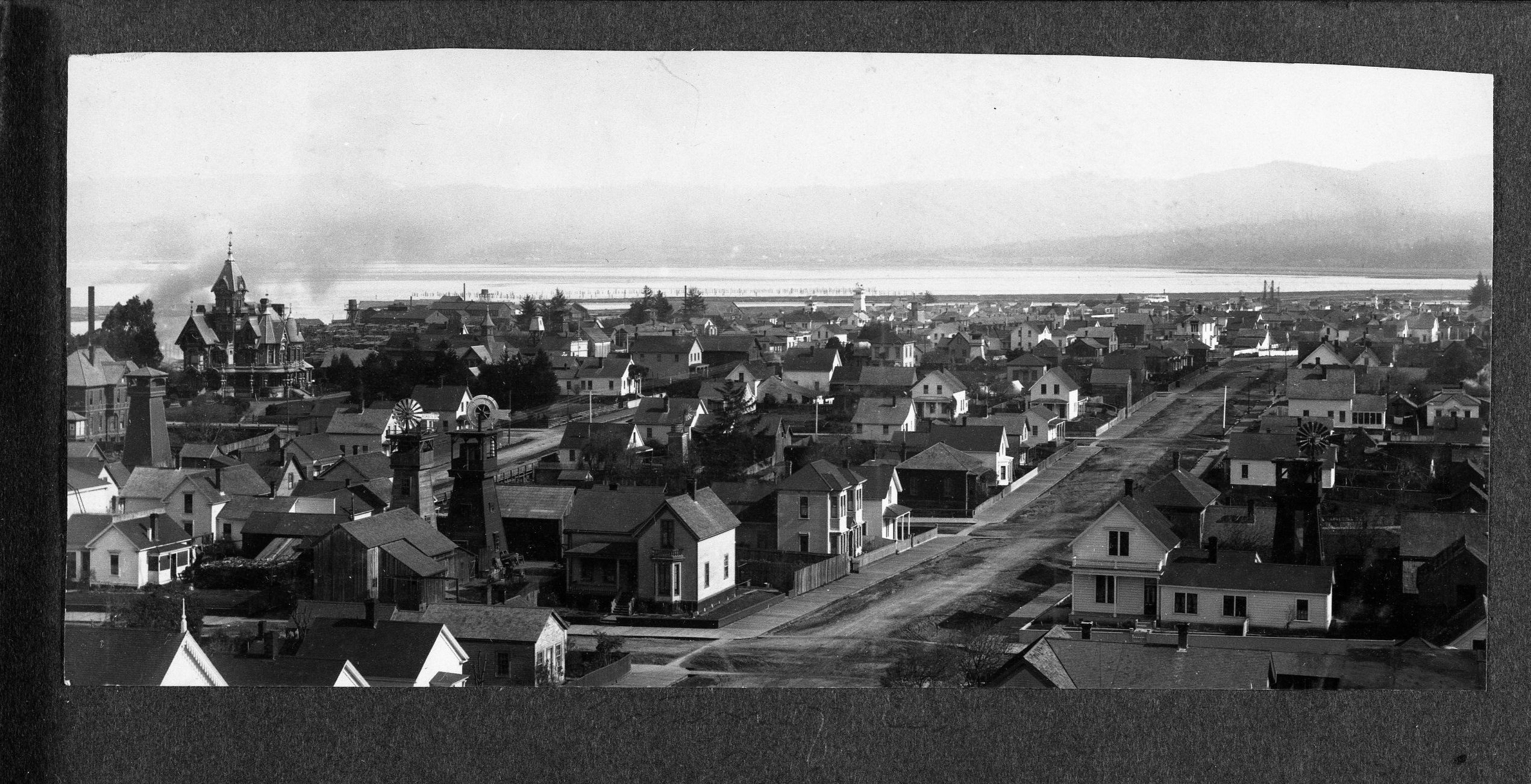 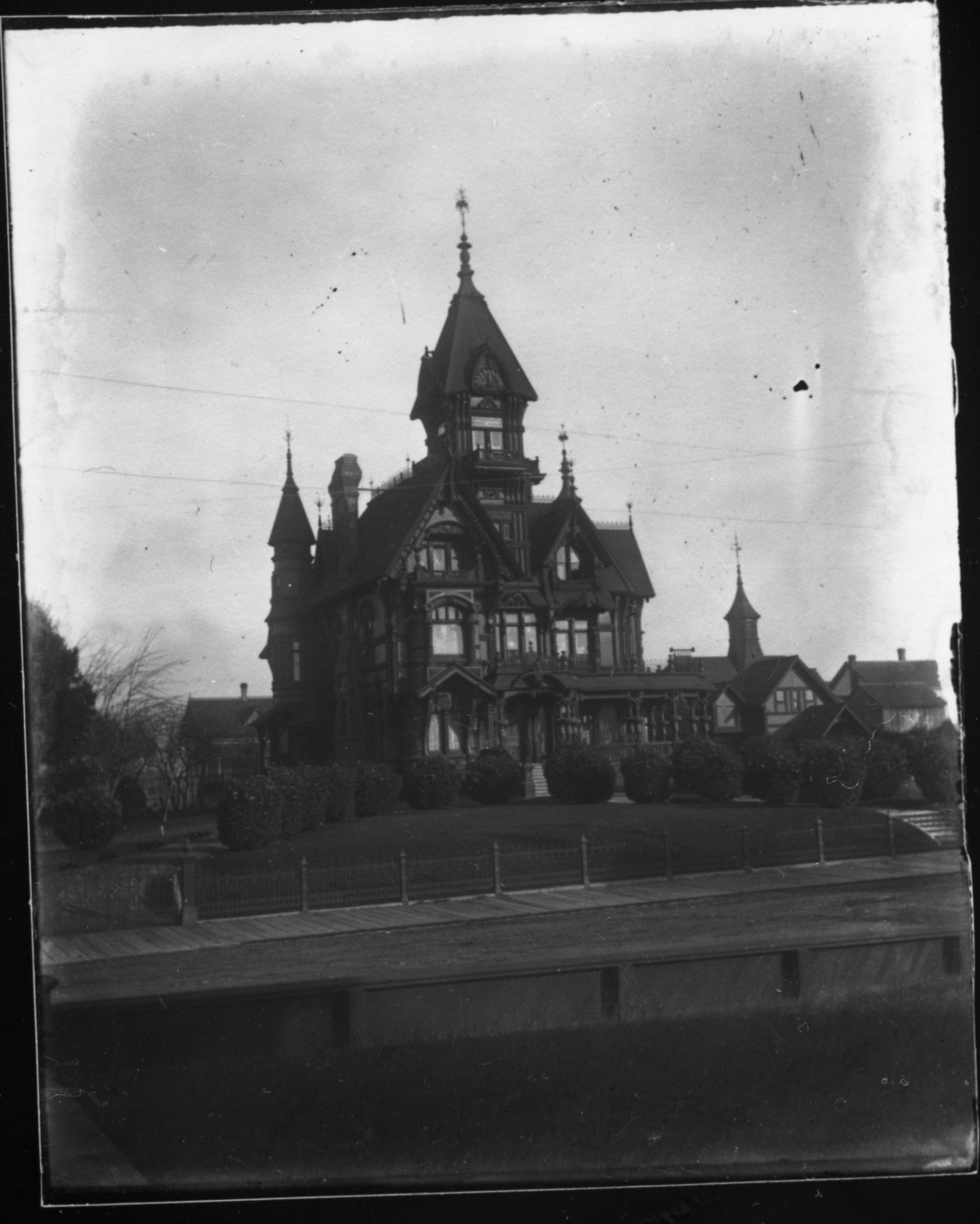 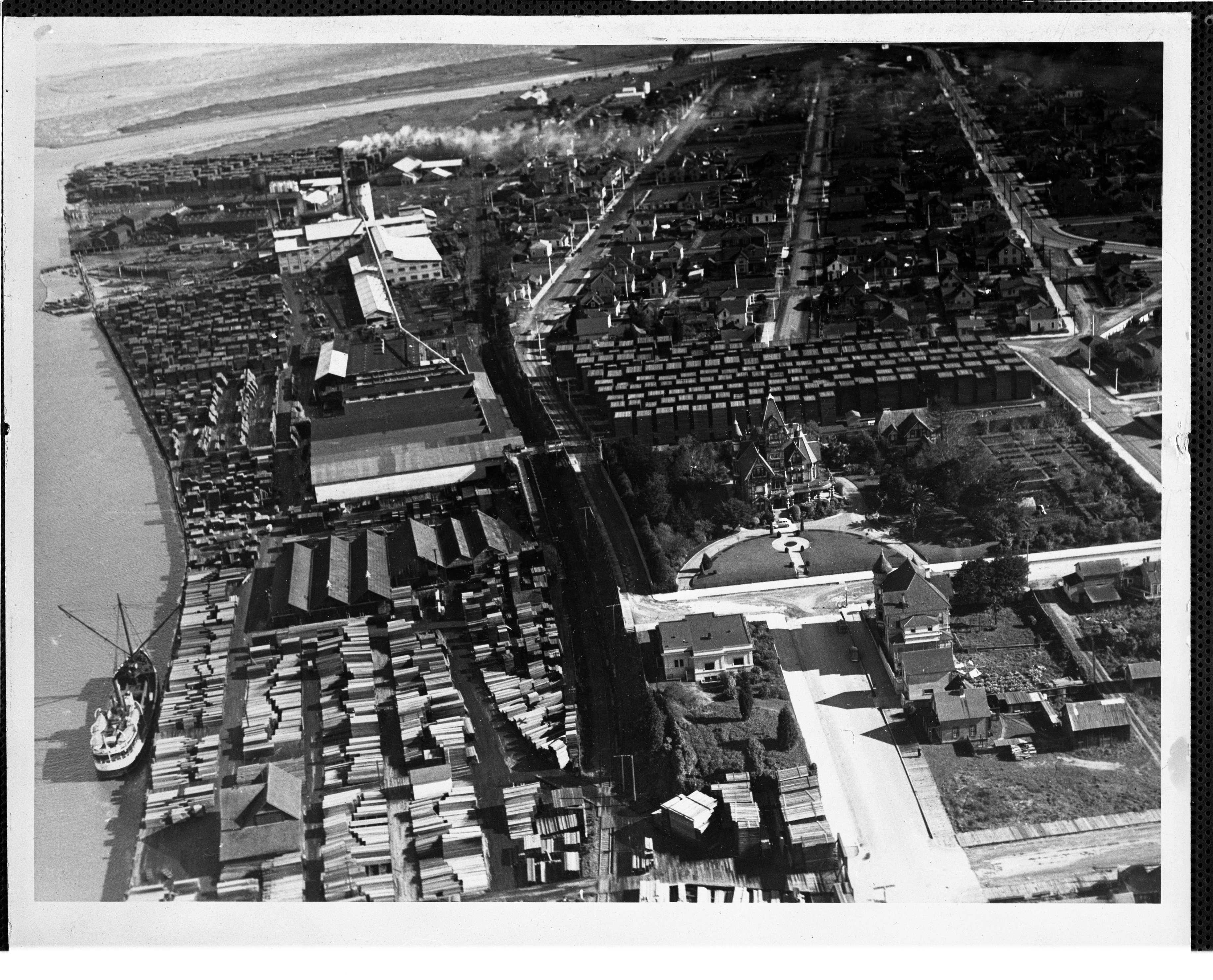 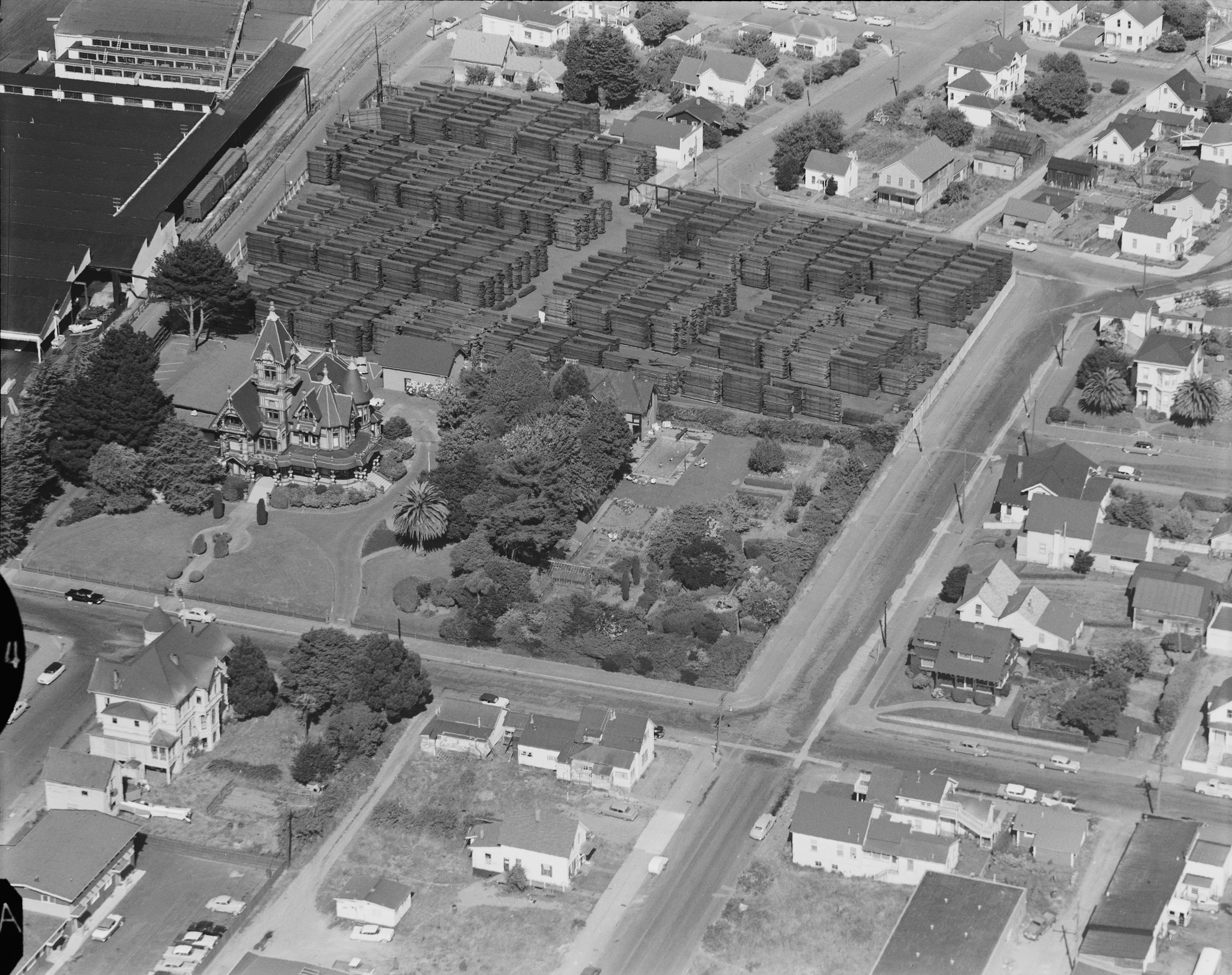 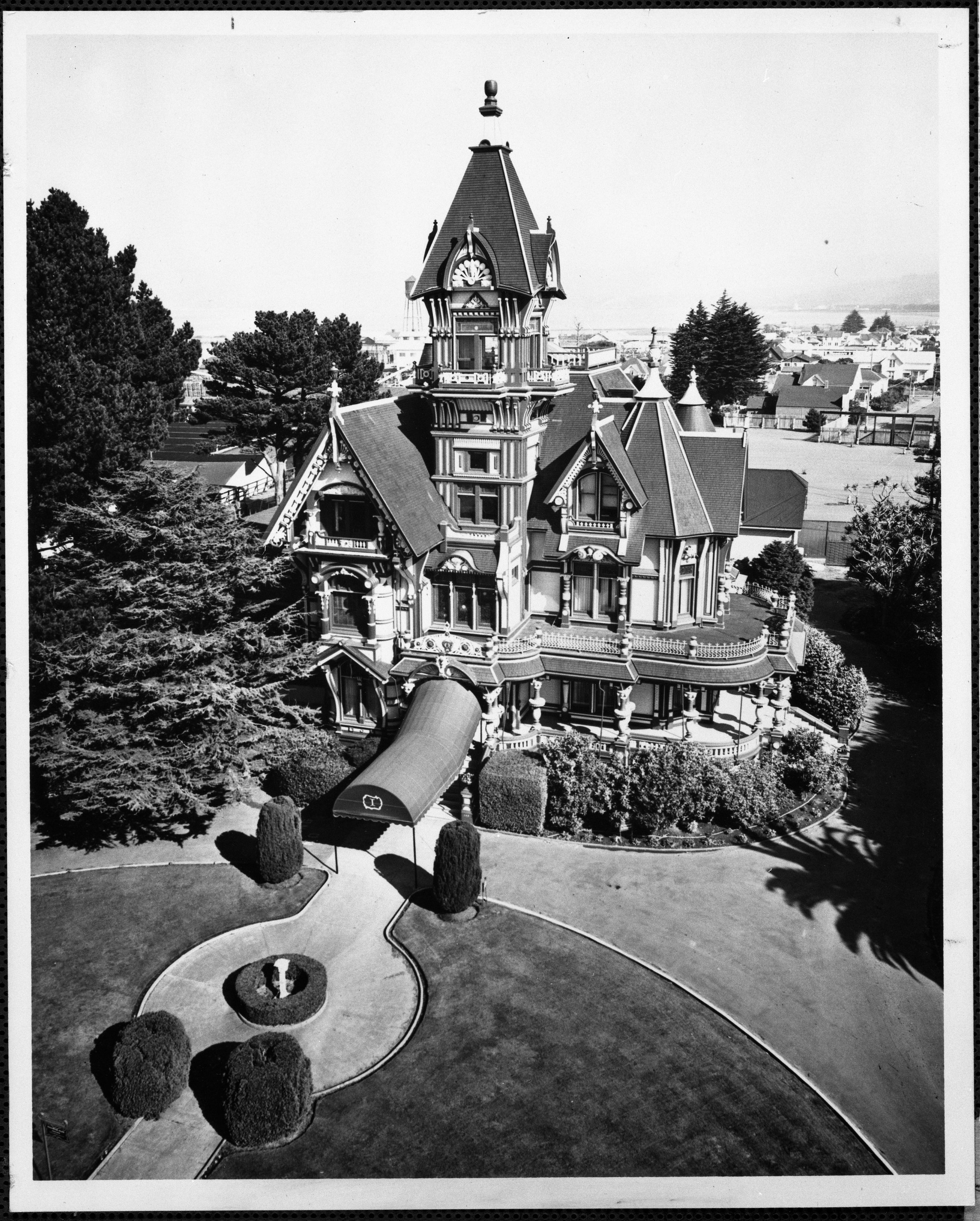 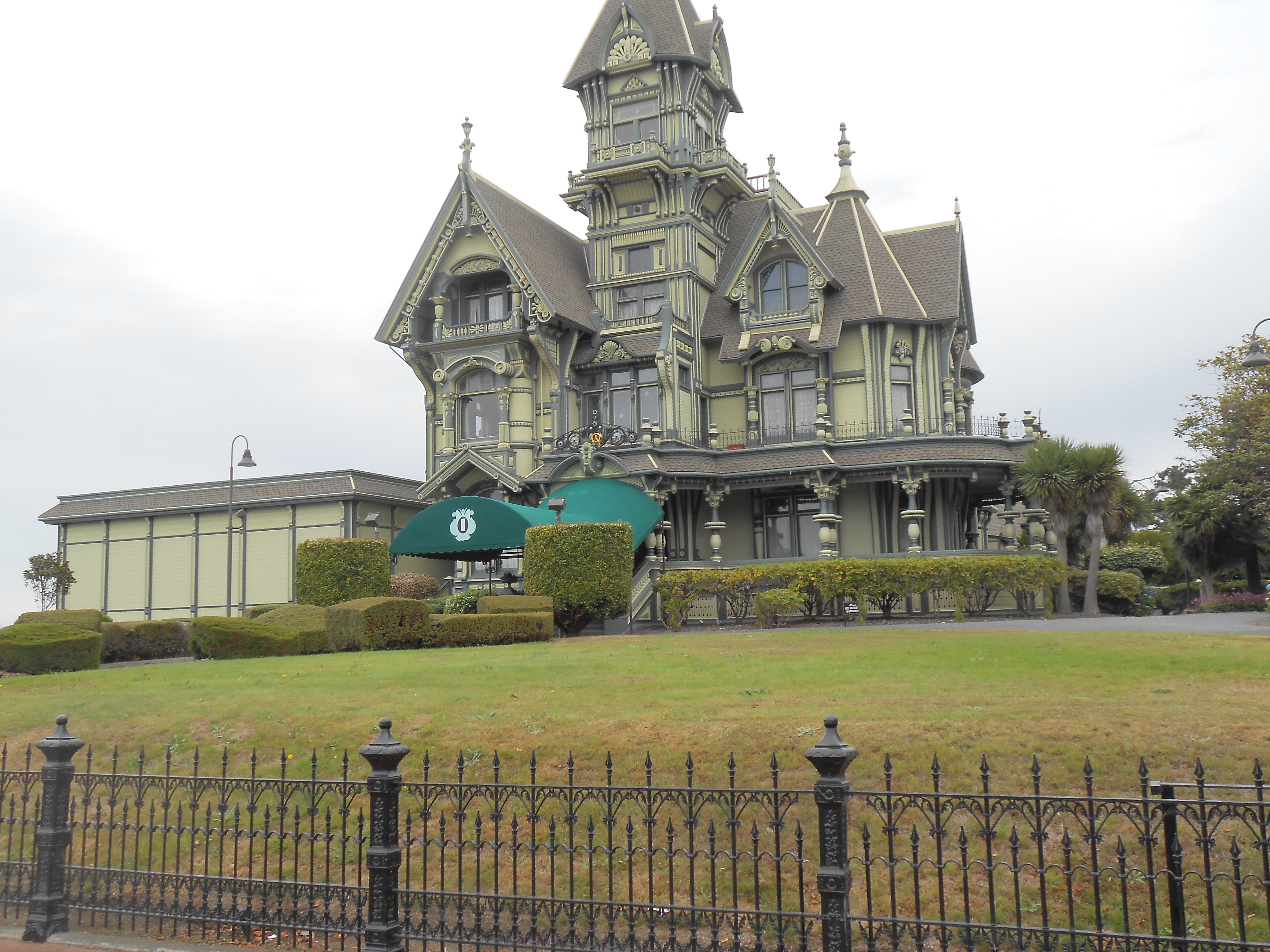