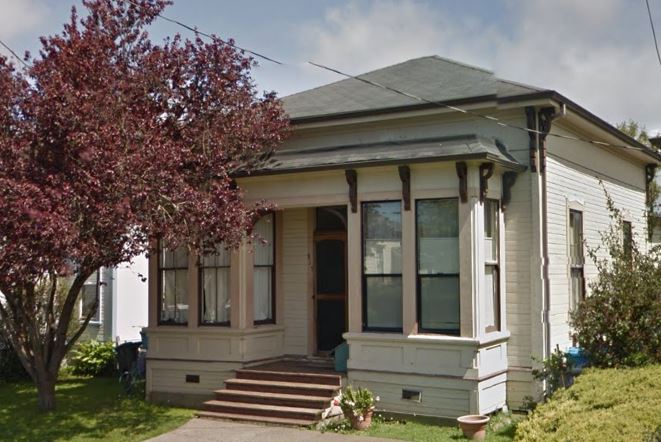 Built in 1887.  This is an Italianate-inspired structure with a mix of styles. It is a one story house with classical ornament, brackets, slanted bay, and subordinate roof line. It was home to the pioneer physician, Dr. Foster and his daughter, Emily Jones who was the first woman pilot in Humboldt, survived the 1906 earthquake in San Francisco and was elected as a reform mayor of Eureka during prohibition-the first female mayor west of the Mississippi.

(Credit: “Eureka: An Architectural View” and verbal report from Ted Loring, Historic Preservation Commissioner for the City of Eureka)