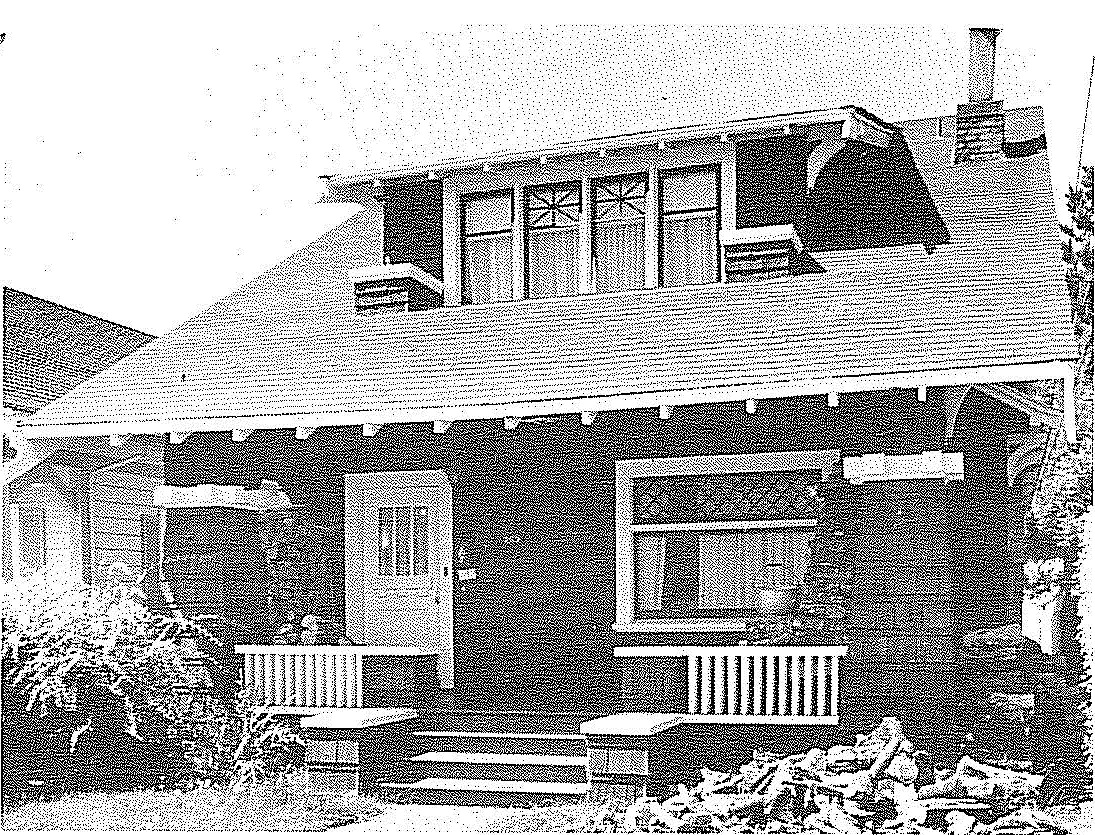 This home is part of the historic Fifteenth Street Neighborhood built between 1900 and 1917. The homes on this street, along with several on D and Williams Streets, are representative of Eureka’s relatively prosperous economy before World War I. The town’s population nearly doubled at the time of the railroad’s completion in 1914 and the need arose for working class housing. While some of these houses are late examples of the Queen Anne style, Classical Revival and Colonial Revival cottages, and Craftsmans bungalows are more common. Bungalows are generally one or one-and-a-half stories, have medium pitched roofs with gable ends, exposed rafters, porches with high pedestals, and closed railings that support stylized columns. These simplified cottages were created as a result of the developers’ need for easily constructed housing. By containing all of the space and materials could be achieved. Therefore, indented porches ans a restrained use of projections other than dormers are common in these houses.