Built ca. 1876. The Philip Needs Building is highly significant in the architectural history of the city of Eureka. The almost pure adaption of the Greek Revival style in this commercial building is rare, and its high degree of integrity is even more unusual. Constructed entirely of wood, the exterior wall surfaces have been scored to resemble stone, including the large corner “stones” known as quoins. A subcornice divides the stories, and the windows on the upper floor are formally arranged on the wall. The medium pitched gabled roof is pedimented and a bull’s eye window appears in the tympanum. Most windows and doors have corniced hood moldings, and the four-over-four double-hung sash windows are original. The only alteration to this building occurs at the corner, which has been cut on the diagonal, perhaps after the building was moved in 1904.

Philip Needs was a highly respected Eurekan, considered to be a man of varied talents and high integrity, He arrived in Eureka in 1861 and established his own brokerage firm after initially working in the lumber mills. 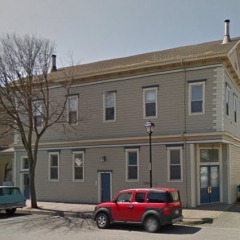 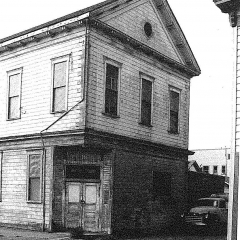 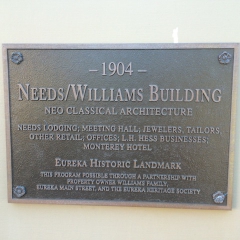