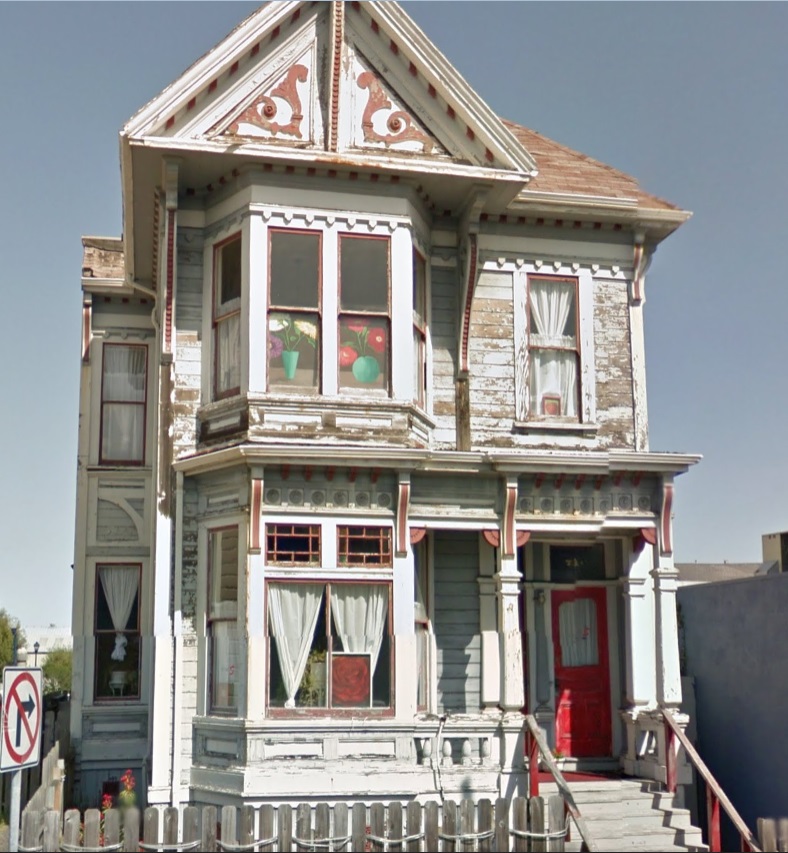 Built in 1895. This large-scale Eastlake detailing makes a strong visual statement on this two-story Queen Anne house. Most prominent on the front elevation is a massive pedimented gable end supported by large scroll brackets. The slanted bay beneath is of considerably smaller scale. Large columns support the porch, which is attached visually and physically to the slanted bays.