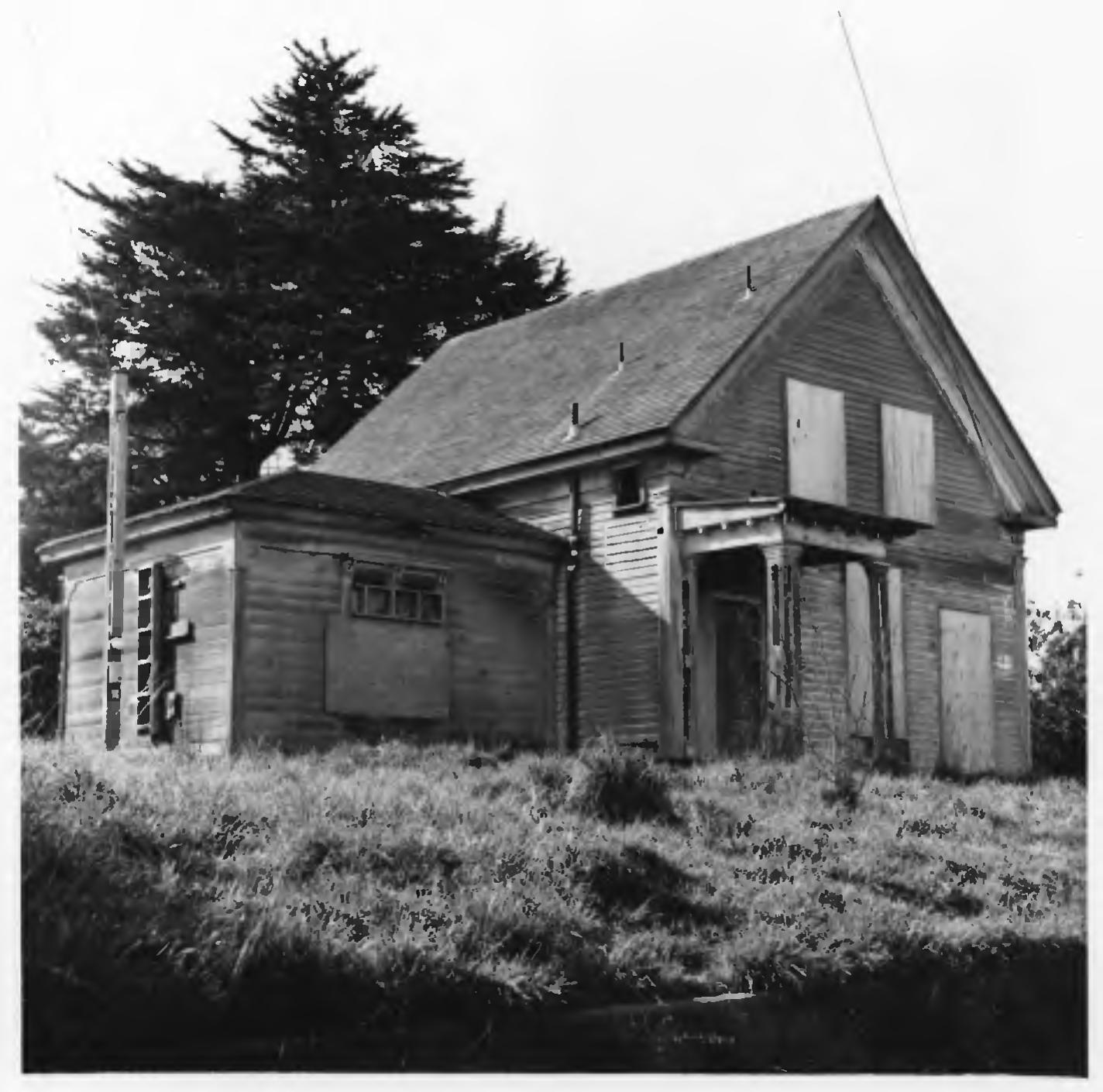 Built ca. 1857. One of Eureka’s oldest residences, the strucutre was originally built by George McFarlan, a Eureka pioneer who emigrated to the area in 1850 with William Carson and became a successful mill owner. McFarlan, his family, and descendants were significant contributors to Humboldt County history and this house is sited directly adjacent to the historic Carson Mill site, which now houses the Humboldt County library.

The George McFarlan House was reconstructed to its late 1880s configuration after it was partially destroyed by fire in 1982. The boards of the original house were numbered, suggesting that the structure was prefabricated or that it had been disassembled and brought to Eureka from another town. Its classic Greek Revival elevations included shiplap siding, s steeply pitched gable roof with boxed cornice and returns corner boards with capitals, and multipaned double-hung sash windows. In the late 1880s an Italianate wig was added. Its low pitched hipped roof, narrow paired windows with bracketed hood moldings, and other classical detailing are typical of the era. At this time a similarly detailed Italianate porch was also added, a portion of which still existed at the time of a fire that broke out in 1982.

As an architecutral survey undergone by Eureka’s Redevelopment Agency noted in the seventies: “The building at 1410 Second Street is reputedly called the oldest existing house in Eureka. This ‘salt-box’ is marvelously straight forward. Note the exaggerated window scale and the window lites around the door. Shades of New England – only the widow’s walk is missing!”