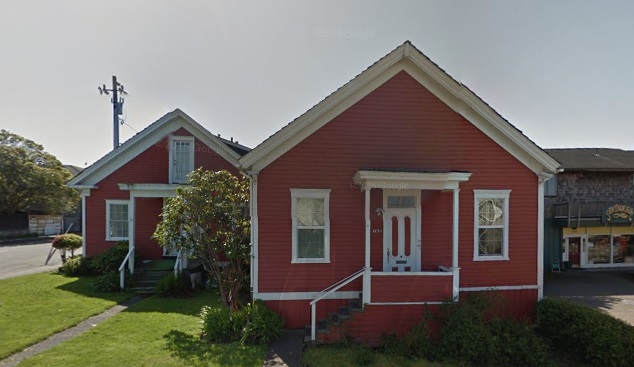 Built ca. 1870. These two connected structures were erected at about the same time, for Thomas Baird, owner of the now-demolished Baird Opera House at First and F Streets. Both exhibit vernacular Greek Revival traits, but 1136 Third Street is thought to be older. These two attached houses were moved here from the present site of the Carson Mansion. They are Greek Revival in style and some of Eureka’s oldest properties. The one to the left has the lights and transom of the Greek Revival, as well as having the entrance in the gable end of the house, The dormer to the upper left has been added. Both feature six-over-six double hung sash windows in simple frames, weatherboard siding, and modest porches.