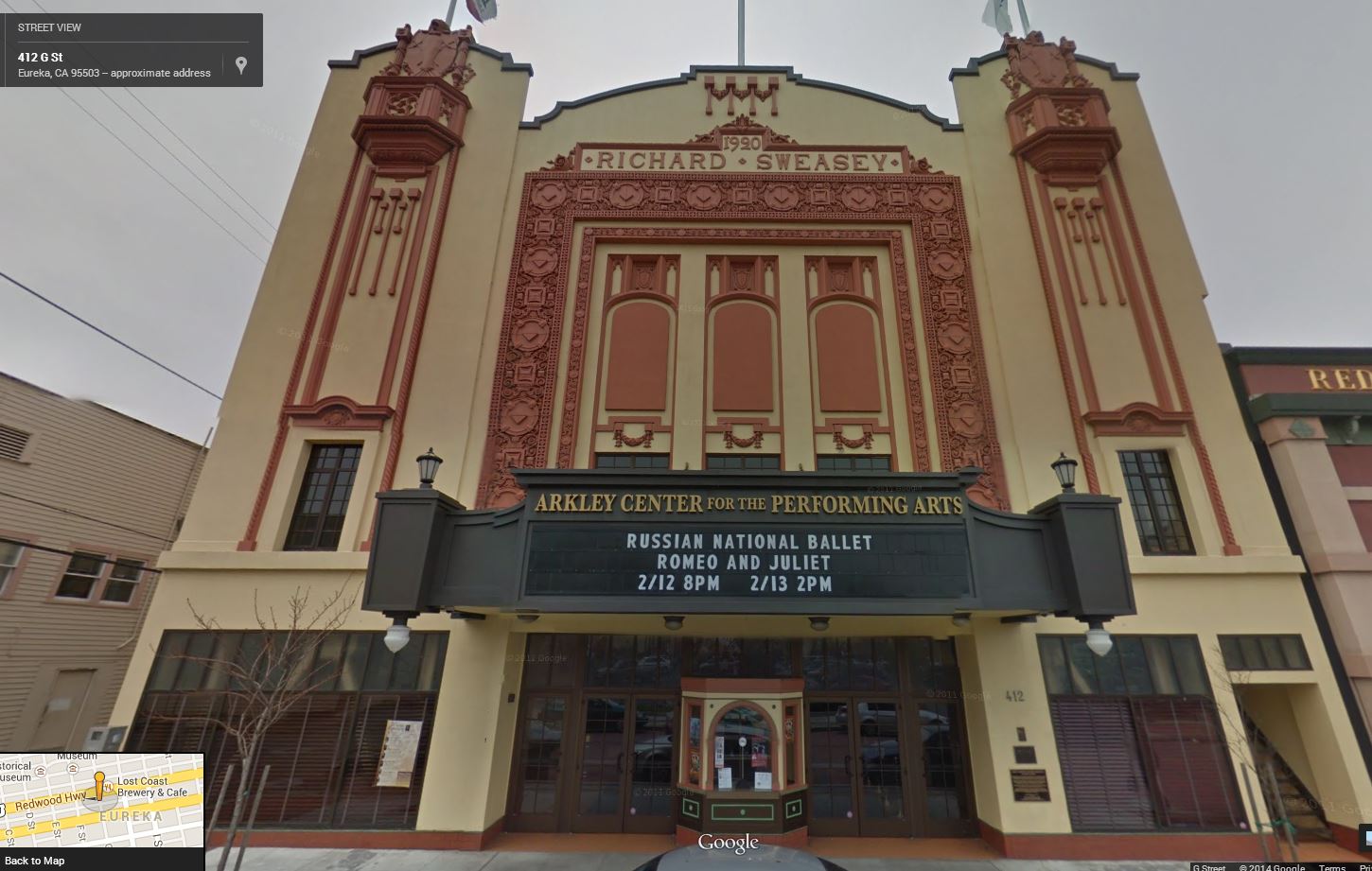 Built in 1919. Franklin Georgeson’s design in concrete for Richard Sweasey’s State Theater is essentially Spanish Colonial Revival style. The monumental character of the structure is evident above the altered lower floor. Divided into three bays, the end pavilions are vertically emphasized and terminate in traceried balconies and a curved parapet. The most striking feature of the theater is the decorative churrigueresque panels framing the central composition consisting of traceried panels over three blank arches. The ornamental panel, composed of bull’s-eyed windows, shields, and elaborate foliate ornament, is contained by a diamond-patterned motif at the edges. A large pipe organ, plasterwork, and frescoes once embellished the interior. 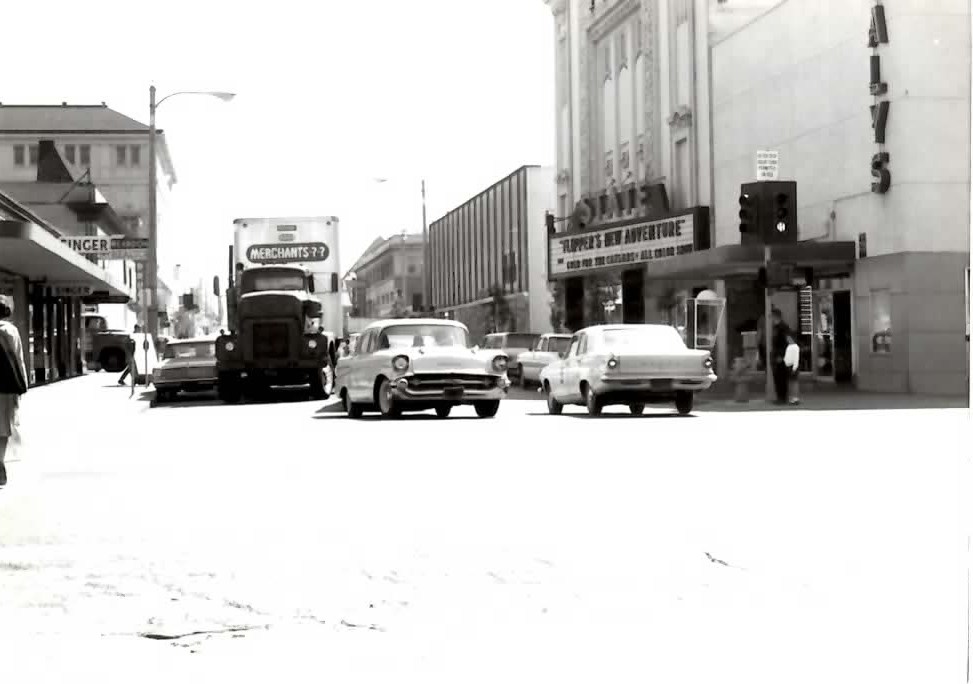 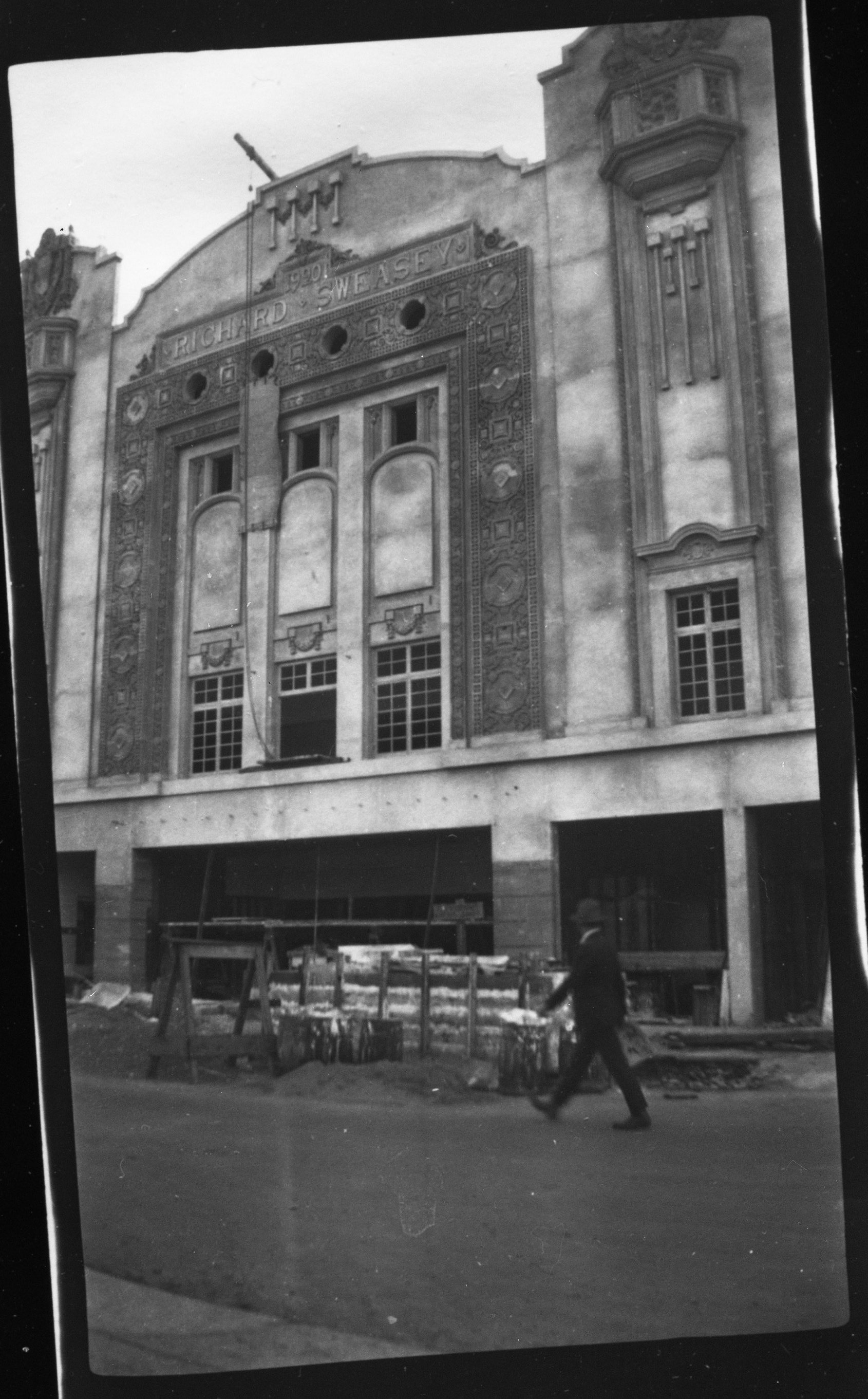 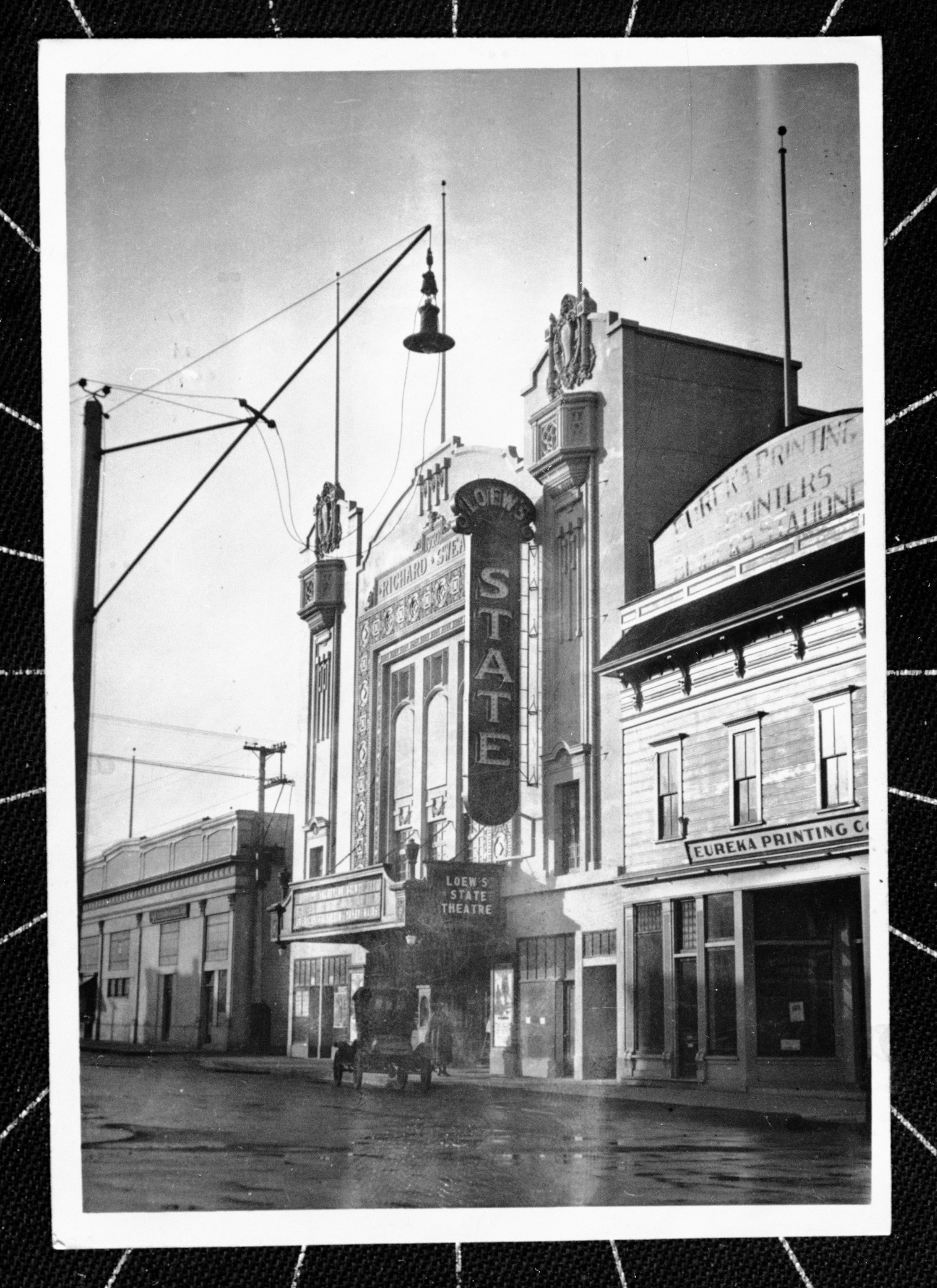 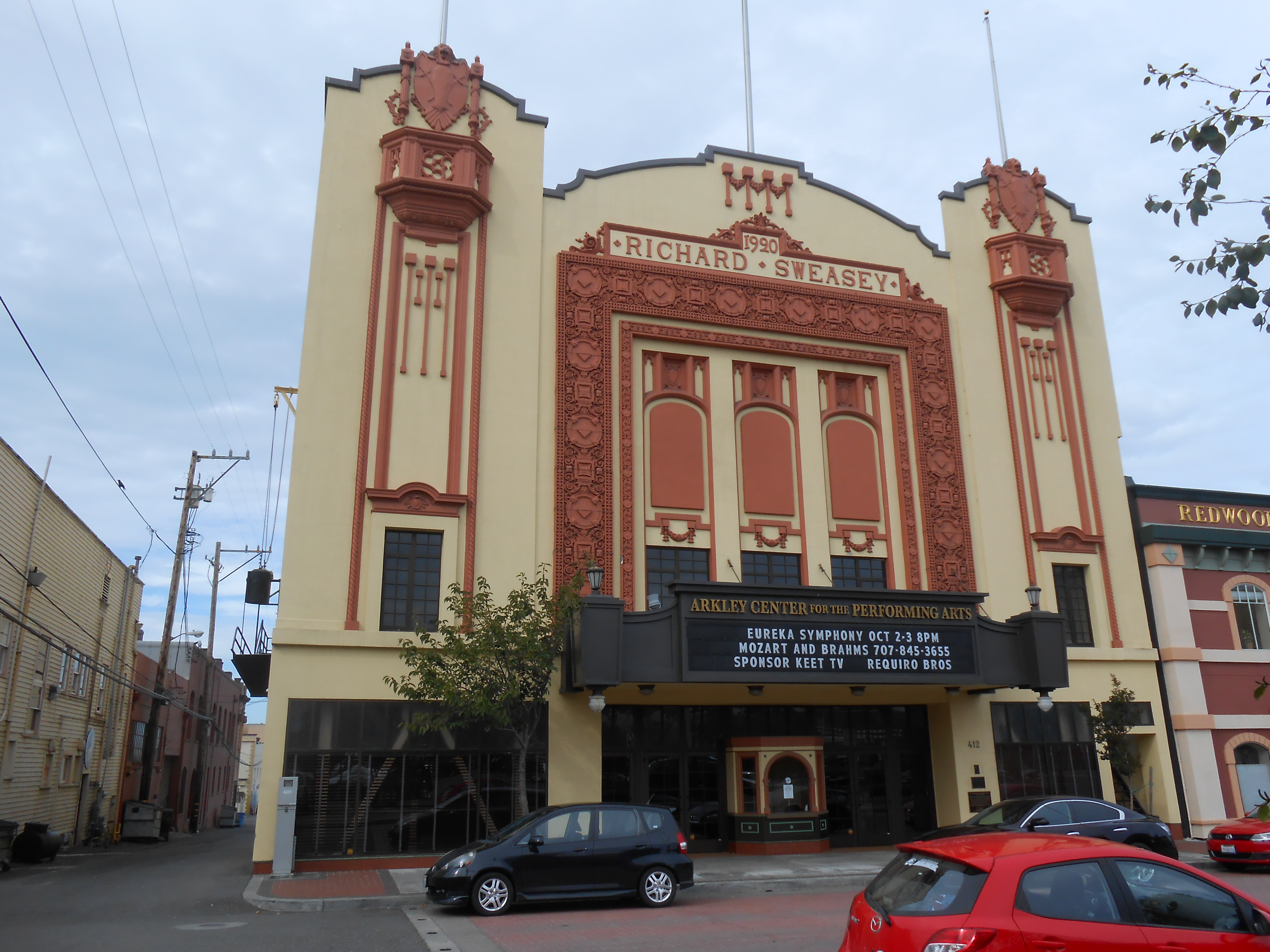 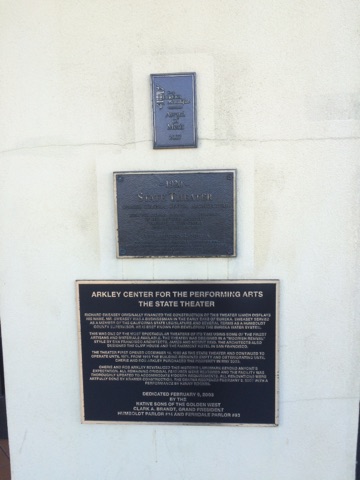 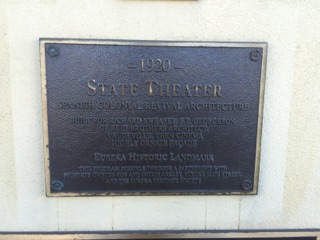